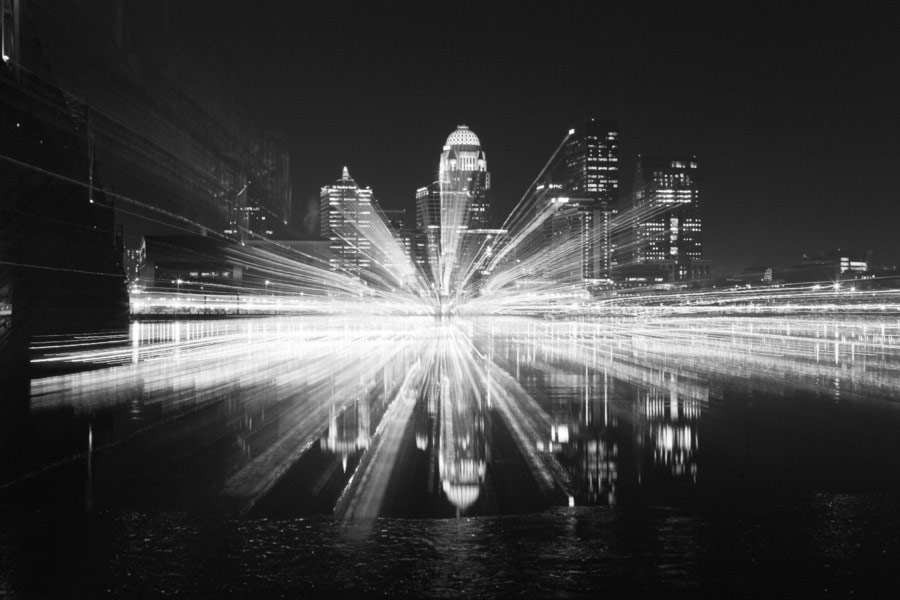 [Editor’s Note: Drew Tucker joins the Broken Sidewalk team as a born-and-raised Louisvillian with a genuine interest in what makes the city tick. He recently graduated from Parsons the New School for Design with a Masters in Design and Urban Ecologies. Here, he lays out the building blocks for a deeper discussion into urbanism in Louisville.]

Louisville is a city of many identities. Depending on where and whom you ask, Louisville is often thought of as “a town where there is a horse race once a year” or the “living embodiment of Portland, Oregon in the South.” While neither of these are really true in any meaningful way, some of the general sentiments in such comments can be instructive to an investigation into how “urban” is Louisville?

To help answer this question, we can look at population density, transportation variety and accessibility, questions of centrality, and economic growth. Every once in a while a question of city services, quality of life, and even public amenities will be raised. Ultimately, though, the discussion around Louisville’s urban qualities centers around the misuse of two similar concepts: Urbanism and Urbanization.

Urbanism is, most simply, the study of cities. But, beyond that, the word suggests an active engagement in the urban environment. Urbanism is planned, enacted, and orderly, suggesting a practice of creation, projects, and goals. Urbanism is, for the most part, concerned with the physical environment of cities. It can be measured—and contrasted against—to create a metric of what is and what isn’t urban. It’s a thing people do.

Urbanization, on the other hand, is the migration of rural populations to centralized areas, thus making them urban. Urbanization is a passive process and it’s often disorderly. It is a phenomenon to study—to look at. Urbanization is concerned with being an attributable process imposed upon a place. Its a thing that happens.

Neither term can exist without the other, and they are not complete categories on their own that can be understood in simple opposition to one another. Both are inherent processes of another term: urbanity. And this begs the question, what is urbanity? Julie-Anne Boudreau, the editor of the International Journal of Urban & Regional Research, said it best: urbanity is “a historically situated and geographically unevenly distributed condition, characterized by interdependencies, unpredictability, mobility, differences, speed and intense affects.” Urbanity is the “speeding up” or intensification of the social processes involved in everyday human life at a specific time and place.

The city of Louisville is currently experiencing an increase in both of these processes—urbanism and urbanization—but it has only been able to substantially understand one of them. It’s clear that Louisville is in the early throes of a love affair with urbanism, but it appears to be simultaneously ignoring the processes of urbanization already active and unfolding in the city. Urban enthusiasts talk about a spectrum of projects ranging from the demolition of public housing and subsequent reconstruction of mixed-income communities—public-private developments in which whole neighborhoods are constructed in what seems like overnight, formal city projects that seek to re-vision the city from a citizen’s point of view—to tactical urbanist interventions including Park(ing) Day and CycLOUvia that aim to involve all residents in their city’s design, development, and use. But Louisville seems to often overlook less institutional types of activity like community asset mapping, resident lead organizing around urban issues, and informal economies.

While Louisville continues to embrace this urban moment, we must address a host of additional questions:

The answers to these questions form what can be referred to as the “ecology” of the city of Louisville, and we will attempt to flesh them out as time goes on.

I discovered Broken Sidewalk at almost the same time that my own interest in urban studies came about. This was fortuitous because at that time very few people were speaking about Louisville and urbanism, and sadly this remains the case. I am honored to be invited to participate in the relaunch of this blog and I have made it my personal goal to utilize this medium to create an amazing source of information about a city we all love and that we’ll hopefully grow to love even more deeply with a new perspective over time; a space for Louisvillians, who are a cast of characters, bright, passionate, and engaged, to present their opinions, thoughts, and observations; and finally a place for us and you, the reader, to ask powerful questions about the changes that will be and are occurring within our city.

I invite you to begin to look at the city of Louisville as a site of contest. contradictions, and as a process—always incomplete, always changing. I hope you’ll engage with me as well, both through discussion and critique, and that you’ll always be open to conversation with your fellow Louisvillians in the public realm about their experiences, and hopes for the future of the city.

Drew Tucker
A fifth generation Louisvillian, Drew received his MS in Design & Urban Ecologies from Parsons the New School for Design. He loves the La Cite for its contradictions, human processes, and liberatory conflict. His current engagements include Noble, a workers collective, project visioning for TruLab with Aseem Inam, development work for the University of Orange in New Jersey, and a two-year research commitment to a communal remediation project in Wyoming. He currently resides in Flatbush, Brooklyn with his dogs Gracie & Musket, and his much smarter, much better looking partner, Colette Henderson.