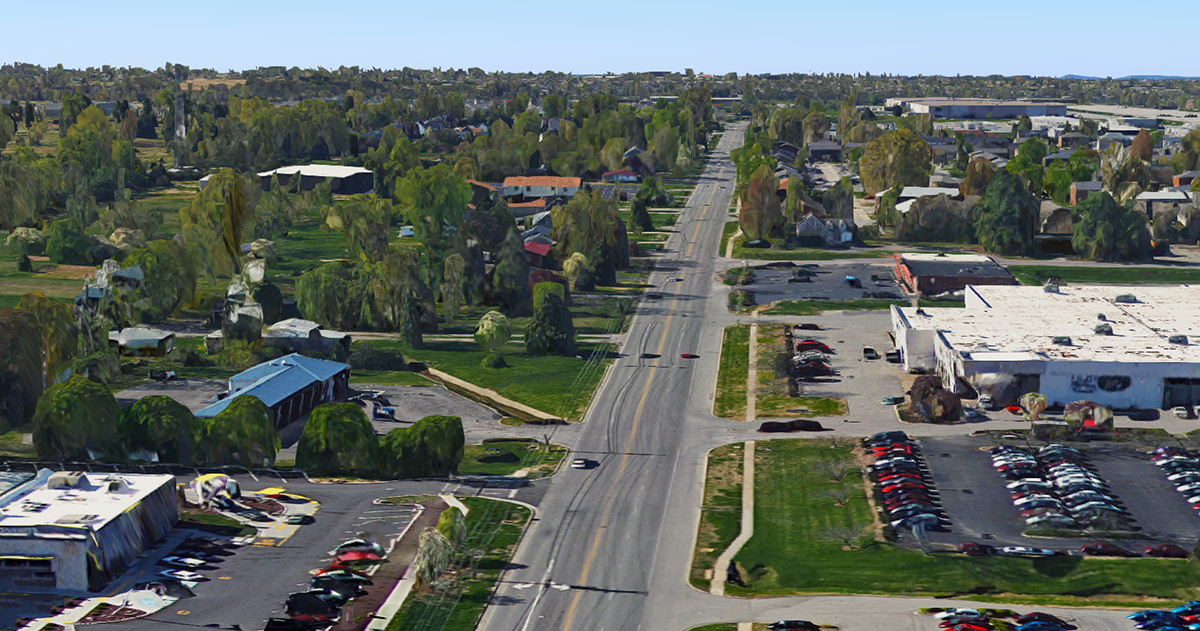 For the third time in a year, a pedestrian was killed by a motorist along Fegenbush Lane near Bardstown Road. The latest crash took place Thursday evening around 8:00p.m. when an unidentified man was crossing the four-lane road.

The man was clipped by a motorist driving a Chevy Camaro causing him to fall into eastbound traffic where he was run over by a man driving a FedEx truck. He was pronounced dead at University Hospital.

Louisville Metro Police Department Spokesperson Alicia Smiley gave the usual police talking points: the pedestrian was not in the crosswalk and that charges wouldn’t be filed. She also pointed out that the person may have been intoxicated, although no tests had not been completed to verify the claim.

What no one mentioned was that there are no crosswalks in the area, and much of Fegenbush Lane also has no sidewalks. The street carries four lanes of traffic with an enormous paved shoulder on one side. That shoulder and the absence of trees and other “obstacles” are key elements of the Kentucky Transportation Cabinet’s safe design standards.

A sidewalk installed at a new McDonald’s on the corner comically leads to the intersection of Bardstown Road but doesn’t even extend to the street to allow crossing. That intersection has been designed to resemble a miniature highway interchange.

The speed limit along this stretch of Fegenbush Lane is 45 mph, high enough to kill 9 out of ten people struck by a motorist. Such a speed requires over 145 feet to stop and carries a drastically reduced field of vision. This is no doubt part of the reason why the street is so deadly. In December 2014, Padam Neopany, 61, was killed while walking a little farther west at Fegenbush Lane and Jett Thomas Drive by a motorist driving a van. There were no sidewalks in the area.

In March of this year, 74-year-old Carolyn Bertha Vest was killed walking at the same location by a hit-and-run motorist driving a blue Ford Escape. She was out for an evening walk near her house when she was killed. No news source followed up about whether the driver was found.

How much blood must be spilled on Fegenbush Lane before we decide change is needed? This street is clearly unsafe for anyone not behind the wheel of a motor vehicle.

Wide lanes and a high speed limit encourage deadly speeds, a lack of sidewalks make the area inhospitable to people, and no crosswalks make it easy for the police and the local news to point their fingers at pedestrians. Fegenbush Lane is deadly by design, and Kentucky’s traffic engineers must be called on to fix the problem.

Louisville is in the midst of a three-year pedestrian-safety campaign called Look Alive Louisville. The federally funded program is a result of the city’s above-average pedestrian fatality rate.