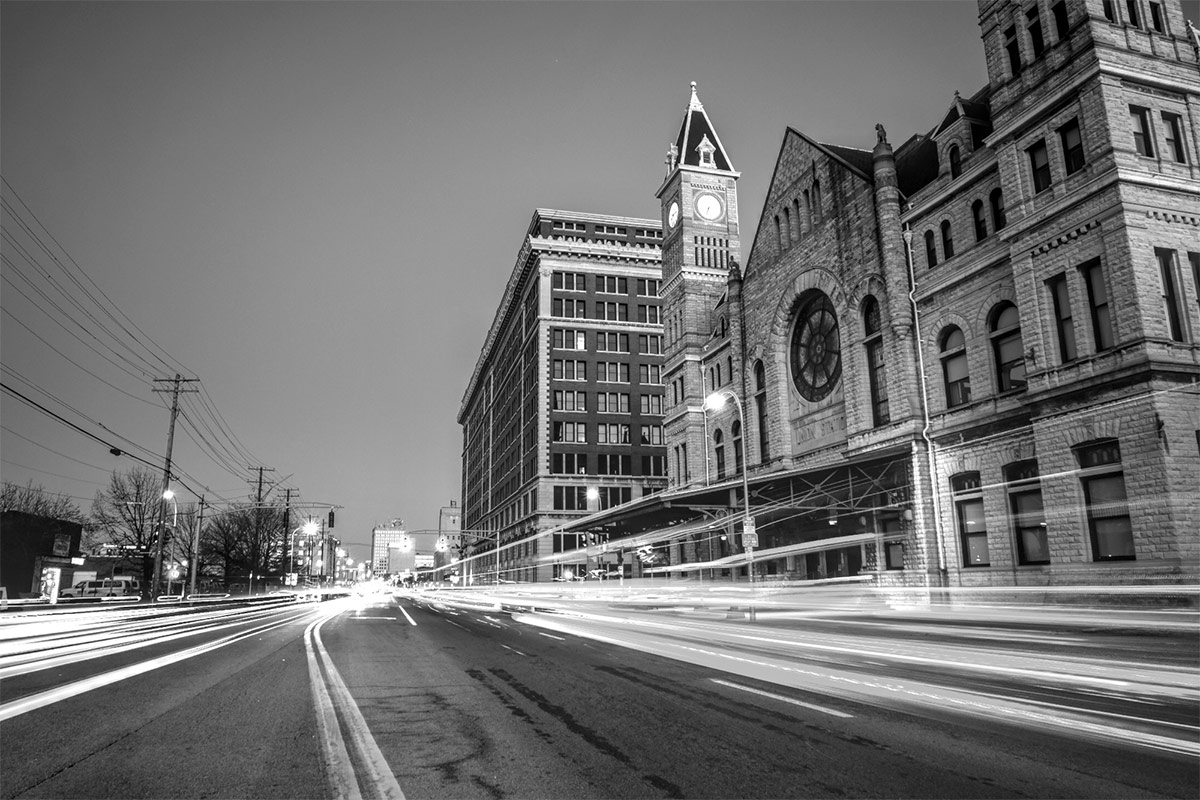 Our images of the city contain many assumptions about its nature and its purpose. From places of innovation and cultural development, to sites of capital accumulation and resistance, or even the living sum of its people and their desires, these conceptions in practice decide who, or what, the city is for.

However, the most damaging among them is perhaps the misguided vision of the city as an engineering problem—a view that drastically limits the moral and social dimensions of our communities. We need a new rendering of the city. Yet instead of a typical urbanist, it’s a Kentucky farmer that has some lessons for us all.

Popularized by Jane Jacobs in her book, The Death & Life of Great American Cities, organized complexity is the study of interrelated patterns and systems of city life. A prominent theme today in urban thinking, Jacobs’ ecological ideas oppose the modernist view of seeing the city as a reductive industrial machine whose only terms of understanding are profit and efficiency. However, Jacobs is not the only writer to champion an ecological framework.

Wendell Berry, the agrarian poet-activist, has long understood the human and natural interrelationships of the world. Berry’s rendering of human settlements in his essay, “Solving for Pattern,” takes a holistic view of the natural, technological and human interdependencies of our world. In it, Berry sharply criticizes the industrial view of agriculture that has harmed as much as helped. Berry’s essay moves us away from the instrumental vocabulary of efficiency and profit and pushes us to use a moral one.

For Berry, the blind rationalism of industrial agriculture that applies “solutions” often creates a chain of unforeseen set of future problems:

If, for example, beef cattle are fed in large feed lots, within the boundaries of the feeding operation itself a certain factory-like order and efficiency can be achieved. But even within those boundaries that mechanical order immediately produces a biological disorder, for we know that health problems and dependence on drugs will be greater among cattle so confined than among cattle on pasture. And beyond those boundaries, the problems multiply. Pen feeding of cattle in large numbers involves, first, a manure-removal problem, which becomes at some point a health problem for the animals themselves, for the local watershed, and for adjoining ecosystems and human communities.

Berry’s articulation of industrial thinking is not limited to simply agriculture. It’s the same kind of thought that guided the infamous Pruitt-Igoe housing project. Built in 1954 as a solution to overcrowding in downtown St. Louis, its design was animated by the modernist architectural principles of Le Corbusier’s Radiant City. Le Corbusier envisioned the city as an efficient machine producing the order necessary for a higher standard of living. However well intended, the mechanical order of Pruitt-Igoe isolated residents from the life of the surrounding neighborhood. The resulting vandalism and violent crime eventually led to its demolition only 20 years later.

People don’t thrive in a world built only for machines, so why did Le Corbusier treat cities as an engineering problem? He didn’t consider the historical, institutional, and cultural complexities of urban life. His was a kind of epistemological arrogance that doesn’t register the requirements of human flourishing because it misses the important connections among people and place.

Today, an urban form that is currently in vogue among technocrats is the Smart City. As another extension of Le Corbusier’s false assumptions, the Smart City focuses on the built environment over nature by applying mechanical solutions to social problems all the while ignoring the human order that forms the city. Smart City supporters envision the city as a responsive device for optimally and algorithmically delivering services to its residents. As much as this urban vision seems to point to a seamlessly manageable polis, its premises are deeply problematic.

As the Smart City critic Adam Greenfield has argued, this new mode of urbanity assumes that its array of sensors and massive data can create a “perfect knowledge” of the city but one that is actually “incompatible with the messy reality of the world as we experience it.” The Smart City also assumes that the aims of the city are best settled algorithmically absent of any politics or competing conceptions of the good city. These values privilege the aims of machines and powerful over the needs and desires of all. If its values are not human values, what is the Smart City for?

Like the Radiant City, the Smart City puts technological ideals ahead of people. Berry reminds us we should judge the value of technology by the way it enables or hinders human flourishing. We have to be humble about what we can know and do in a world that is tremendously complex. However, the language of the Smart City is often void of words that register context or quality. The Smart City mistakes complex relationships for reductive problems that can simply be smoothed away with the right tool.

Technocratic urbanism like industrial agriculture makes the same mistake. As Berry says, they solve “for a single purpose or goal, such as increased production. And it is typical of such solutions that they achieve stupendous increases in production at exorbitant biological and social costs.” For Berry, this is a characteristic problem of modern life: we treat the world as if problems occur in contained and manageable silos, instead of seeing the ecological, social, and moral typography of human community. Promoting thriving requires us to see the broad patterns of connection among humans, technology, and nature.

“Solving for pattern” means attending to the implications of actions across the human ecology and judging them by the standards of the overall health of the community, not discrete measures of isolated elements. Good solutions attend to the larger patterns of connection because they contribute to the total health of the community.

A new practice of urban ecology begins with a better conceptualization of the urban. Berry gives us new ways of thinking and talking about people, communities, and places as situated in their ecological structure of interdependence. He gets us closer to an idea of the city as something relational rather than static, human rather than technological. And he offers a language to articulate urban problems that express human needs in a world imbued with deep and meaningful connection.

[Editor’s Note: This article was cross-posted from the Thriving Cities blog, an initiative of Advanced Studies in Culture at the University of Virginia. Top image of Broadway looking east at Union Station in Louisville by David Kidd / Flickr.]

Dallas Herndon is is a research fellow at the Ash Center for Democratic Governance and Innovation at the Harvard Kennedy School and is interested in local government and community. He studied philosophy and public policy at the University of Chicago.