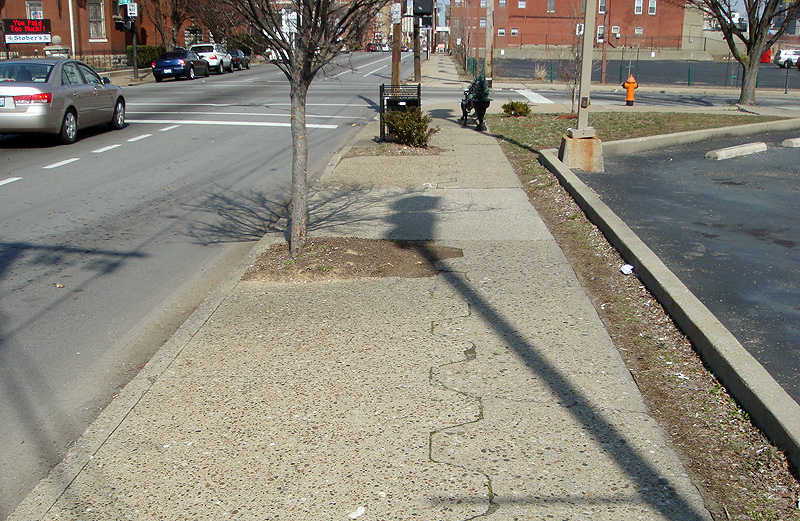 See that jagged line in the concrete sidewalk above? That’s some interesting evidence of the evolution of the sidewalk. Evidently, the sidewalk was once composed of those hexagonal concrete tiles you see on St. James Court and throughout Old Louisville. At one point some were probably removed and replaced with concrete. That formed one jagged edge. Later on, the rest of the hex-pavers disappeared and the concrete jigsaw-puzzle was complete.