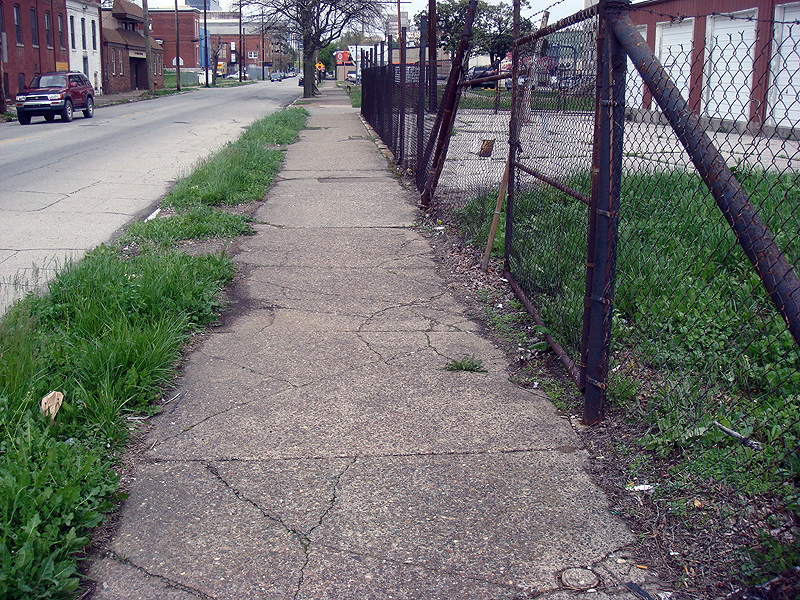 Trying something new this evening. With Derby Week in full swing, don’t forget to take the free TARC buses anywhere in the county Friday after 6:00. It might be nice to take the bus into town for an extended First Friday trolley hop that goes until midnight. While you’re downtown, try out a new bar. Luckily the girls at Louisville on Tap have new reviews on Stevie Ray’s and Freddie’s. The LEO says even cruising is looking up this year with a mix of community events to go with tricked out cars.

Louisville lands right in the middle of a new ranking of the 66 Best Large Cities for Job Growth. We’re number 37, just ahead of Cincy. At least we’re not in the Small Cities category this time. Consuming Louisville presents another big idea, this time from the Russell Neighborhood Blog who envisions a Louisville 2.0 full of new green technology and jobs, a true urban infrastructure, and a touch of the Hollywood glitz. Perhaps we could be building the energy efficient houses of the future. On the Hollywood side, Page One reports that a new reality show about Louisville’s Southern Belles will hit the air in May. Even better, GE might bring in a new environmentally friendly product line to Appliance Park (C-J and WHAS 11).

We’re not doing so well with the whole infrastructure and planning part though. Jeffersonville just approved a huge 409-lot subdivision even though the planning commission found the proposal “stale and unimaginative.” GOOD magazine showcases dramatic photography of huge highways, luckily which aren’t in Louisville. Our new Interstate 65 through Downtown will have as many lanes as this one, though. That’s 12 Interstate lanes of traffic hovering over Main and Market Streets if you’re counting. Ricky at Dressed in Value finds avoiding the Interstate altogether is less of a rush. And Miller-McCune says all that idling sitting in traffic is causing a lot of pollution. “An idle mind may be the devil’s playground, but an idling motor will help make the planet hotter than hell.”

Traffic deaths on the highways are down though. The KY Transportation Secretary Joe Prather says it’s because of seat belts, but we imagine it’s because people are driving less. Perhaps we shouldn’t let the traffic engineers design our roads and let actual designers act as “system balancers“ between many specialized parties.

On the local front, the Corps of Engineers has more money for Southern Indiana’s Greenway project and the Southern Baptist Theological Seminary has finished their new building. Take a look back at construction here and here. All is not well at the Arena site after scaffolding collapsed during a concrete pour. One worker is claiming the job is rushed and crews are unsafe and he’s never seen anything to make him feel so insecure in 30 years of construction.