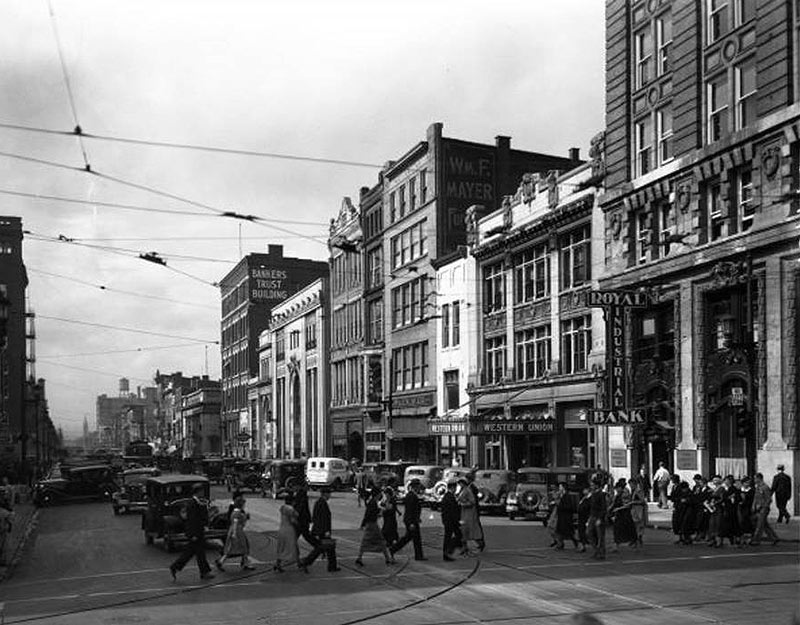 It’s Friday and that means another news roundup of local and national news that caught our editors’ eyes this week. And, of course, it means there’s a new Sidewalk Challenge. Tell us where the above scene is in Louisville in the comments section below.

Last week’s sidewalk stumped readers, and it may have been a bit impossible, as every building in it has been torn down. Large swaths of Louisville today is utterly unrecognizable from the Louisville of only 60 years ago. Last week’s photo was taken at the intersection of Seventh and Jefferson streets, where a new courthouse, the Justice Center, the LMPD offices, and a parking garage are now located.

On with the news:

The UN Reports that the Number of Megacities Has Tripled Since 1990. Urban areas with over 10 million inhabitants are on the rise. Alongside this increase of populations comes a whole set of new frictions. Charley Cameron explores both in this piece. Inhabitat

Mapped: How Public Transit Changes Your Job Prospects. Wonkblog (some of the best urban reading and data you can get in our opinion) takes on the question of transit, access, and job prospects. The Washington Post

The Future Is Now? Indiana Toll Road Files for Bankruptcy. Terry Boyd makes the case that we not only don’t need two new bridges in Louisville, but that we can’t afford them either. Some more food for thought about public-private infrastructure investments. Insider Louisville

The Fading Distinction Between Between City and Suburb. Richard Florida (don’t call it a comeback!) talks about the mobility patterns of behavior, wealth, and living styles in the interstitial space between ‘the city’ and ‘the suburb’. CITYLAB

How “Black=Urban” Ends. Pete Saunders writes about how racial demographic shifts in cities has affected political power. He asks, “What lies ahead for our black electorate and black local elected figures?” Corner Side Yard

As Louisville considers boosting the minimum wage, here’s a look at how such a hike impacted Santa Fe. While the usual suspects in Louisville gather as either proponents or opponents to the proposed minimum wage bill; Sante Fe claims their economy is doing just fine post wage boost. Insider Louisville

Does Ebola Spread Faster in Cities? Tanvi Misra goes a long way toward dispelling the fear mongering around the recent arrival of Ebola to the U.S. Are you safer in a city or not? Well, it depends on a lot of things. CITYLAB

If Mayors Ruled the World. Reinier de Graaf explores some of the strengths and weaknesses inherent in the new ‘Mayor as ruler’ craze. Sustainable Cities Collective