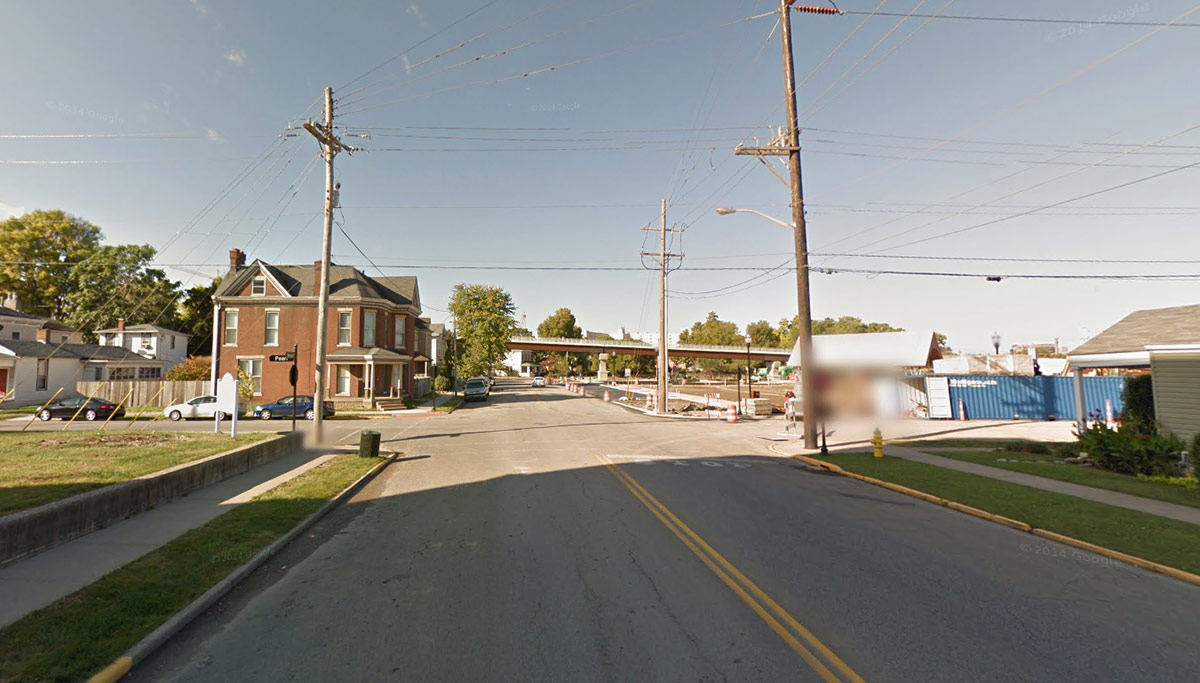 At 1:30p.m. on Wednesday, November 25, a woman and her niece were struck by a motorist in Jeffersonville near the Big Four Bridge. The driver then fled the scene. Three other children walking in the group were uninjured

Witnesses told the N&T that the driver swerved to avoid a vehicle stopped at the stop sign before hitting the two victims. According to witness accounts in the C-J, “the woman was pinned against a telephone pole and the girl was thrown into the air.” One witness told WDRB, “She flew up in the air about 20 feet.” Miraculously, the girl suffered no broken bones. Both the woman and the girl were listed in stable condition after surgery at Louisville hospitals.

“The screeching of the brakes and then seeing one of the two victims literally flying and tumbling in the air before they hit the street, that’s probably the thing I’m never going to forget,” Case Kuiper told WLKY.

The incident was reported by the C-J, the N&T, WDRB with update, WAVE3, WHAS11, and WLKY.

Police have tracked down the vehicle, a 2003 Chevy Trailblazer, used in the collision via eye-witness accounts and security footage and were in the process of issuing a felony warrant for the man driving at the time of the news reports.

Witnesses said the motorist ran a stop sign at Pearl Street and Market Street and was speeding, hitting the two pedestrians as they crossed the street. Charges include leaving the scene. In this case, the law itself describes the event as an accident, with the full charge reading “leaving the scene of an accident causing serious bodily injury.”

According to the C-J, police said “speeding motorists are posing a recurring threat to users of a pedestrian bridge” in the area. The Jeffersonville Police Department is conducting its own pedestrian safety campaign to improve safety around the Big Four Bridge and its park. The effort is funded by a state grant and includes adding signage and patrols.