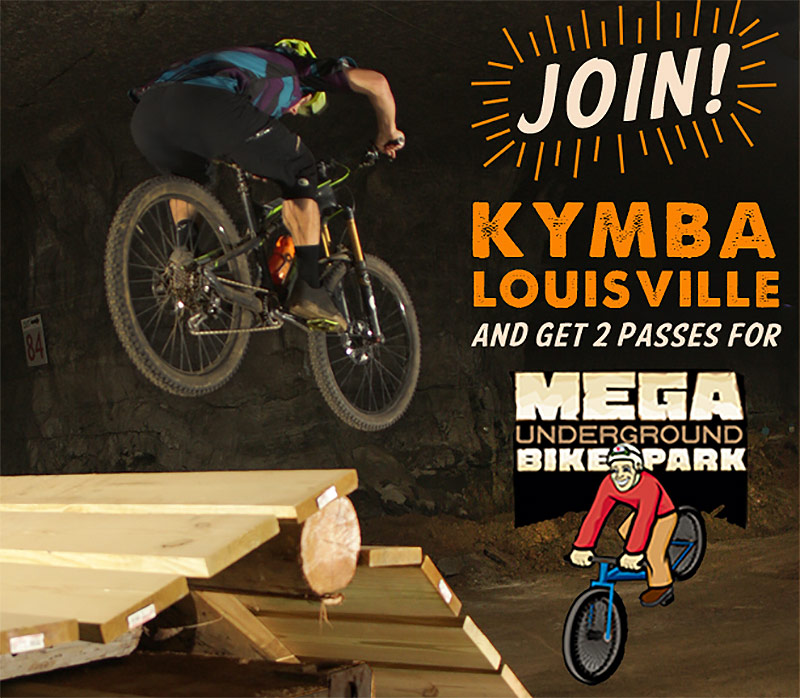 With the underground bike park at the Louisville Mega Cavern now up and running, cyclists from across the globe are descending on Louisville to try out the novel attraction. You can try it out too while helping to support mountain biking in Louisville.

The Louisville Chapter of the Kentucky Mountain Bike Association (KyMBA) “is a bicycle advocacy organization dedicated to providing education, outreach, and environmental stewardship programs to communities and agencies in the Kentuckiana area,” and works to build and maintain bike trails in the Louisville area. KyMBA has partnered with the Mega Cavern to offer two passes worth $50 to the bike park for the joining KyMBA at the $50 level. Sounds like a good deal to us.

Join KyMBA Louisville at the $50 level in the month of February or March and receive two passes to ride the Louisville Mega Cavern Bike Park ($50 value)! You will also get a Free pair of IMBA socks and support local trail building. This is for new members only, passes are good for the four hr. sessions.

The offer is good in February and March and you can join over here. While you’re at it, embrace the #YearOfTheBike and sign up to join Bicycling for Louisville, Louisville’s advocacy voice for all types of cycling around the city.