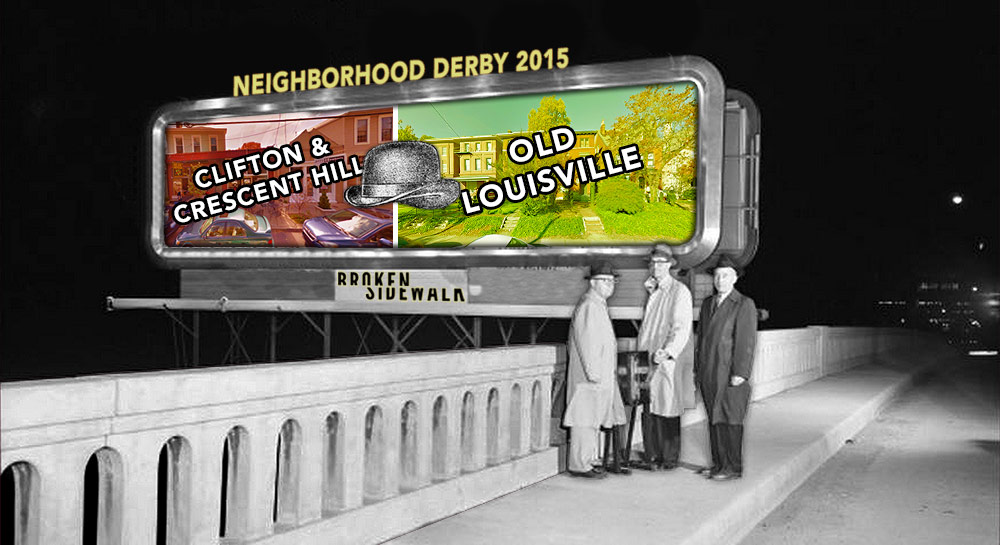 [Editor’s Note: This round of voting has ended. Click here to see the winner.]

Well, that was dramatic. Broken Sidewalkers just witnessed two major upsets in the semifinal round of the 2015 Broken Sidewalk Neighborhood Derby. Old Louisville knocked out the Highlands by a pretty significant margin while,Clifton & Crescent Hill took down team Butchertown & Nulu by another sizeable victory. It’s down to the wire with the two final heavyweights. You know what to do. Vote below and tell your friends and neighbors. These polls will be open until midnight on Wednesday, April 22.