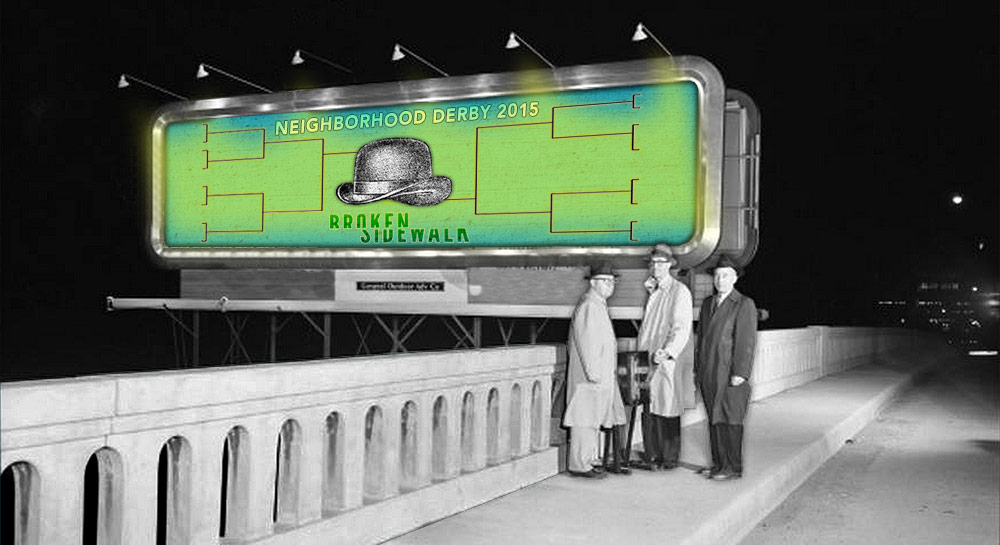 [Editor’s Note: These polls have closed. Try the next round of voting here.]

Next up, we have what’s sure to be a heated round of voting: Old Louisville goes up against the West Louisville neighborhoods of Russell, Park Hill, and California; Crescent Hill, Clifton, and Clifton Heights team up against Jeffersonville and Clarksville; Beechmont and South Louisville head to battle against Phoenix Hill and Irish Hill; and German Paristown and Schnitzelburg challenge next-door-neighbors Shelby Park and Smoketown.

Cast your vote below. These polls will be open until midnight on Monday, March 30.

And take a look at the full 2015 Broken Sidewalk Neighborhood Derby lineup below: