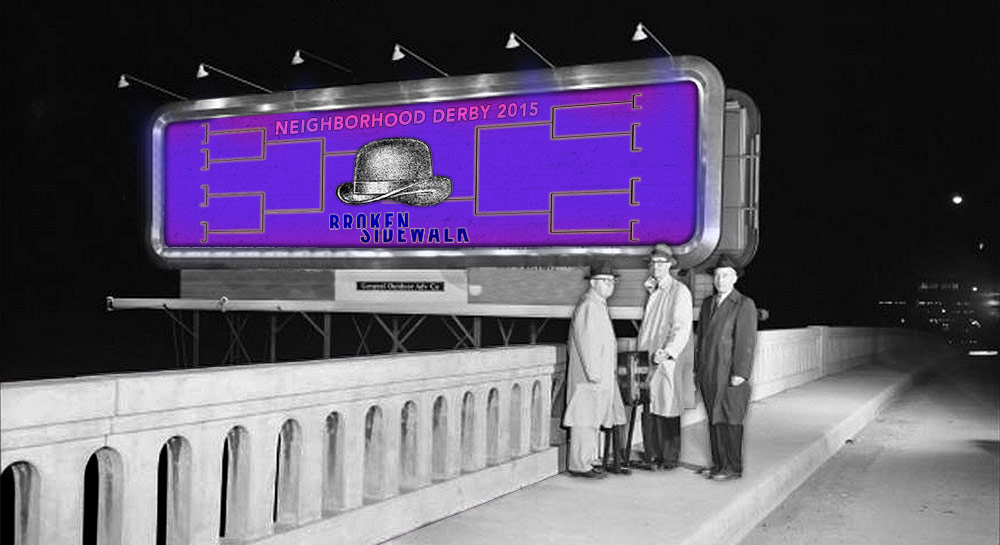 [Editor’s Note: This round of voting has closed. Try checking out the semifinalist round here.]

We’re through two rounds of voting in the 2015 Broken Sidewalk Neighborhood Derby, and we have now narrowed the field to the final eight teams. The second round saw some closer battles than the first, and our first upset: Old Louisville prevailed over the West Louisville neighborhoods of Russell, Park Hill, and California with 80 percent of the vote and Crescent Hill, Clifton, and Clifton Heights annihilate Jeffersonville and Clarksville with 91 percent. With a closer vote, German Paristown and Schnitzelburg took down Shelby Park and Smoketown with 68 percent and Phoenix Hill and Irish Hill upset Beechmont and South Louisville with 63 percent of the vote.

Next up, the above winners will take on the winning neighborhoods from round one. These matchups are sure to be heated. Cast your vote below. These polls will be open until midnight on Monday, April 6.

And take a look at the remaining 2015 Broken Sidewalk Neighborhood Derby lineup below: