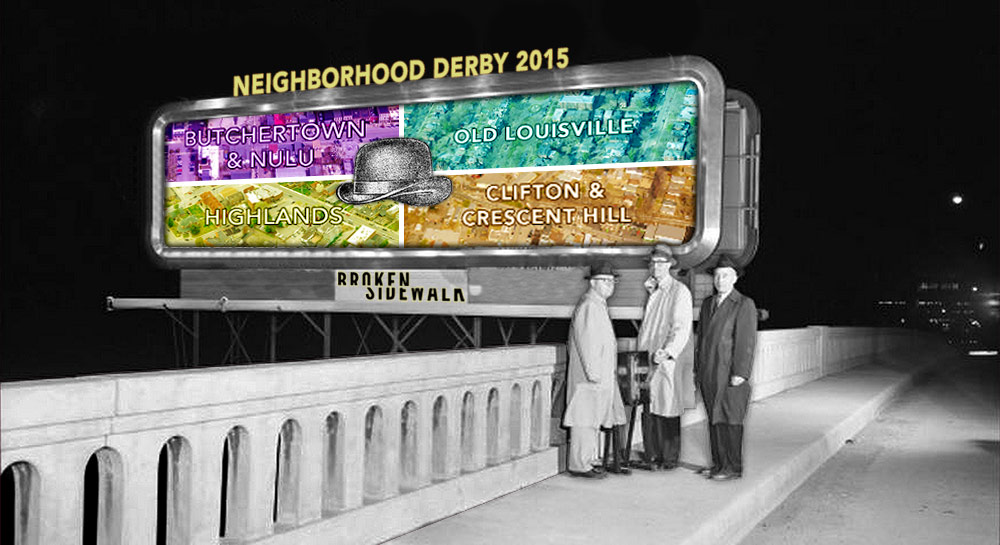 [Editor’s Note: These polls have closed. Try clicking on over to the finals.]

And now we have four. The semi-finalists in the 2015 Broken Sidewalk Neighborhood Derby are some of Louisville’s most beloved hotspots—the Highlands,Clifton / Crescent Hill, Butchertown / Nulu, and Old Louisville. They are also some of the city’s most walkable. Coincidence? Doubtful.

Our third round of voting saw some very close matches—and a number of upsets. Our last #NabeDerby champ, New Albany, was soundly defeated by Old Louisville; Phoenix Hill and Irish Hill fell dramatically to the Highlands; Germantown and Schnitzelburg lost out to Butchertown and Nulu; and Downtown fell to Clifton and Crescent Hill. Dramatic stuff.

Our second-to-last round of voting pairs last round’s winners in what’s sure to be a heated race. Cast your vote below. These polls will be open until midnight on Monday, April 13.