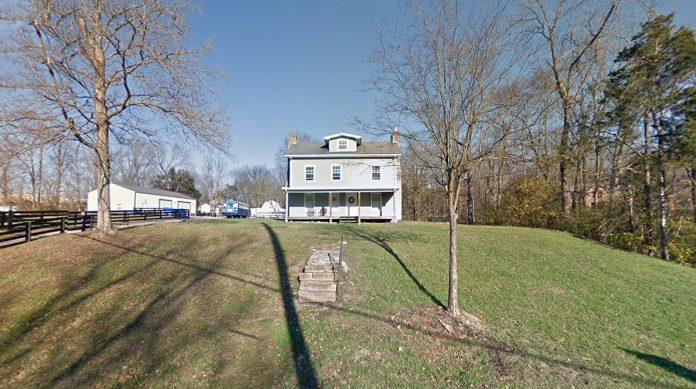 (Note: The Demo Watch section of Broken Sidewalk highlights properties eligible for listing on the National Register of Historic Places that are slated for demolition. These are simply announcements to keep you informed of how your city is changing. Unless expressly stated otherwise, they do not imply any opinion from Broken Sidewalk on the merits of these buildings or their planned demolition.)

A wrecking permit (WR993259) has been requested for a house at 3411 Chenoweth Run Road in Jeffersontown near the intersection of Old Taylorsville Road.

The 1,721-square-foot house sits on a 1-acre lot and is listed as built in 1900. It was sold out of foreclosure in April 2014 to Donald L. Welch, Jr., for $60,000. According to Google Street View, the structure was occupied as of December 2015. The sided structure includes a large front porch, central dormer, and is flanked by two stone fireplaces. It has been modified over the years and the second-floor windows are symmetrically arranged.