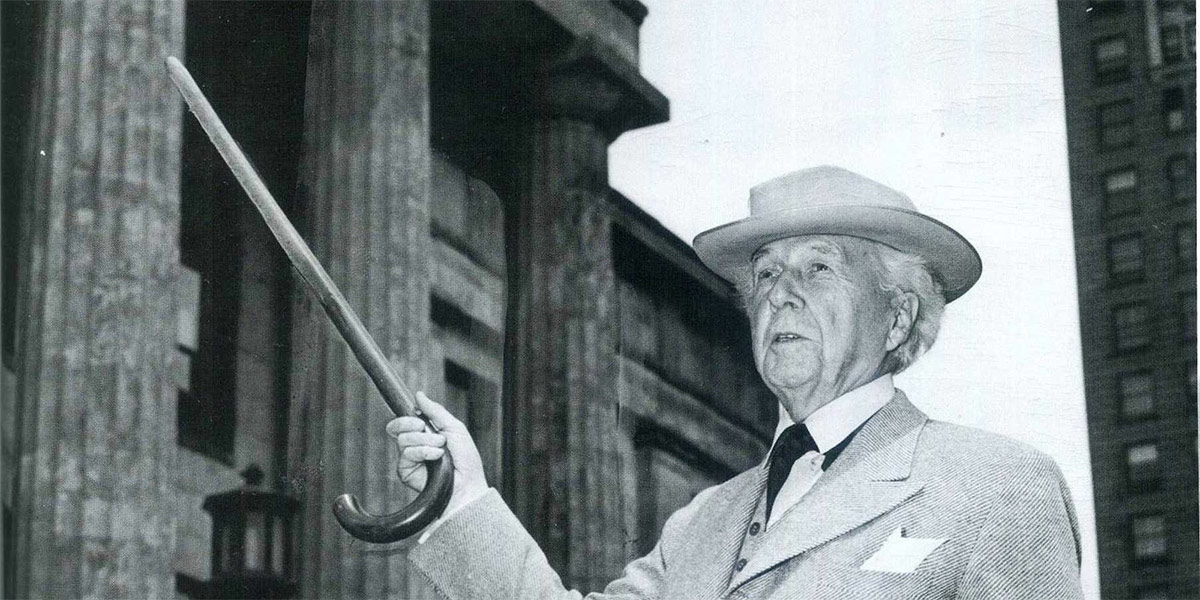 You won’t want to miss the April lecture from the Central Kentucky Chapter of the American Institute of Architects (AIA-CKC). While Frank Lloyd Wright didn’t build any buildings in Louisville, his presence is still felt throughout the city, and certainly the state, where only one of his designs was realized.

Historian William B. Scott will deliver the lecture, Frank Lloyd Wright in Kentucky, tomorrow, Tuesday, April 19, at the Kaden Tower auditorium, 6100 Dutchman’s Lane, itself based off of a Wright Design. If you enjoy architecture, both historic and modern, you’ll be glad you attended. The lecture begins promptly at 6:00 p.m. (doors open at 5:30) and will last about an hour. The event is free for AIA-CKC members or you can purchase tickets for $10. Click here for more information or email atriplett@jrarchitects.com.

“Scott will discuss Wright’s activity within the state as well as others who followed in his footsteps,” the event description reads. “Attendees will learn what projects are connected to Frank Lloyd Wright in Kentucky and learn the design principles that shaped Wright’s projects.”