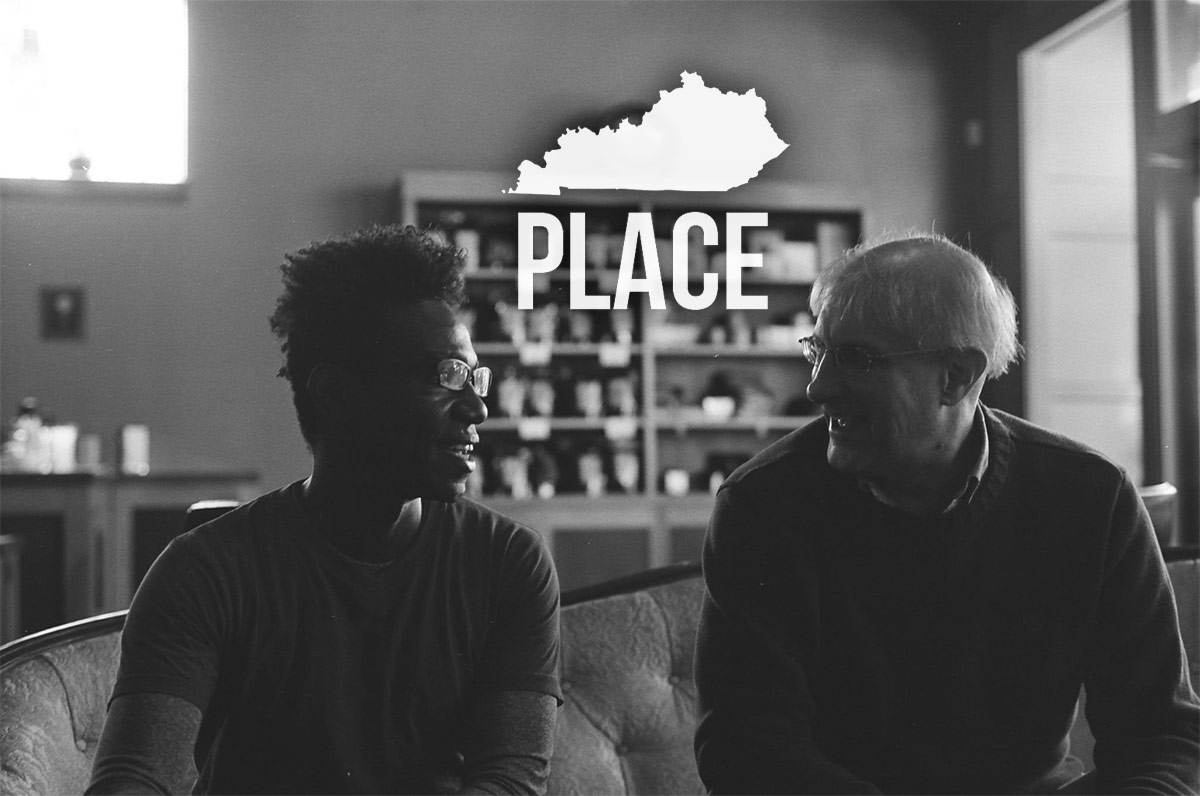 Louisville is one weird place. And you can tell by more than just those ubiquitous “Keep Louisville Weird” stickers all over town. But what, exactly, is “weird”? Local filmmaker and Broken Sidewalk writer Elijah McKenzie aimed to find out in the first installment of his KY Place documentary series.

The first 14-minute film, titled Keep Louisville Weird, debuts tonight at the Tim Faulkner Gallery in Portland. Doors open at 7:30 and the screening will take place at 8:00p.m. The event is free and open to the public.

Following the film premiere, a 20–40 minute panel discussion with public input will create a dialogue around the topic, and a concert featuring Kendall Elijah Dynamite and Nathan Douglas. Food and drink will also be available for purchase from Tailored BBQ and Tim Faulkner Gallery bar.

Broken Sidewalk is proud to be a fiscal sponsor of these film screenings, which will be premiered in coming months at events similar to this one. We also have the honor of hosting the digital premiere for each film here on Broken Sidewalk, so check back for much more as the series rolls out this Spring and Summer. The KY Place series “encourages and facilitates conversations about relevant issues, without shying from taboos, “according to a statement by McKenzie. “It asks questions and seeks answers, while understanding that sometimes there are none.” McKenzie hopes to build on this initial “pilot series” of KY Place to explore more topics relevant to Louisville and Kentucky.

The series is comprised of four episodes, each running about 14 minutes:

Friday, April 1 – Episode 1: “Keep Louisville Weird”
Tim Faulkner Gallery – 1512 Portland Ave, Louisville, KY
This ubiquitous “buy local” slogan was borrowed from the city of Austin and is now used everywhere. But is “weird” simply a matter of how many locally-owned boutiques, restaurants, and bars are in a city – or is there a cultural element to the weirdness?
Episode panelists: Greg Leichty, Sara Havens, Michelle Eigenheer, Karter Louis

Friday, June 3 – Episode 3: “Ninth Street Divide”
Tim Faulkner Gallery – 1512 Portland Ave, Louisville, KY
Located in downtown Louisville, this road is widely regarded as the physical manifestation of the barrier between the East and West ends of Louisville. In this town, urban renewal led to the rise of expressways and the demolition of African American-owned businesses. So how does a city recover from decades of segregation?
Episode panelists: Dana Duncan, Haven Harrington III, Joe Dunman, Attica Scott

Friday, July 1 – Episode 4: “The Dirt Bowl”
Tim Faulkner Gallery – 1512 Portland Ave, Louisville, KY
Considered by many to be the top cultural event in West Louisville, this outdoor basketball tournament has been a tradition in the Shawnee neighborhood for more than 40 years. Founded during a time of political strife, The Dirt Bowl was created as a way for neighbors to reconnect to one another through history, tradition, and basketball.
Episode panelists: Nate Spencer, Neal Robertson, Cornell Bradley, Steven Edward