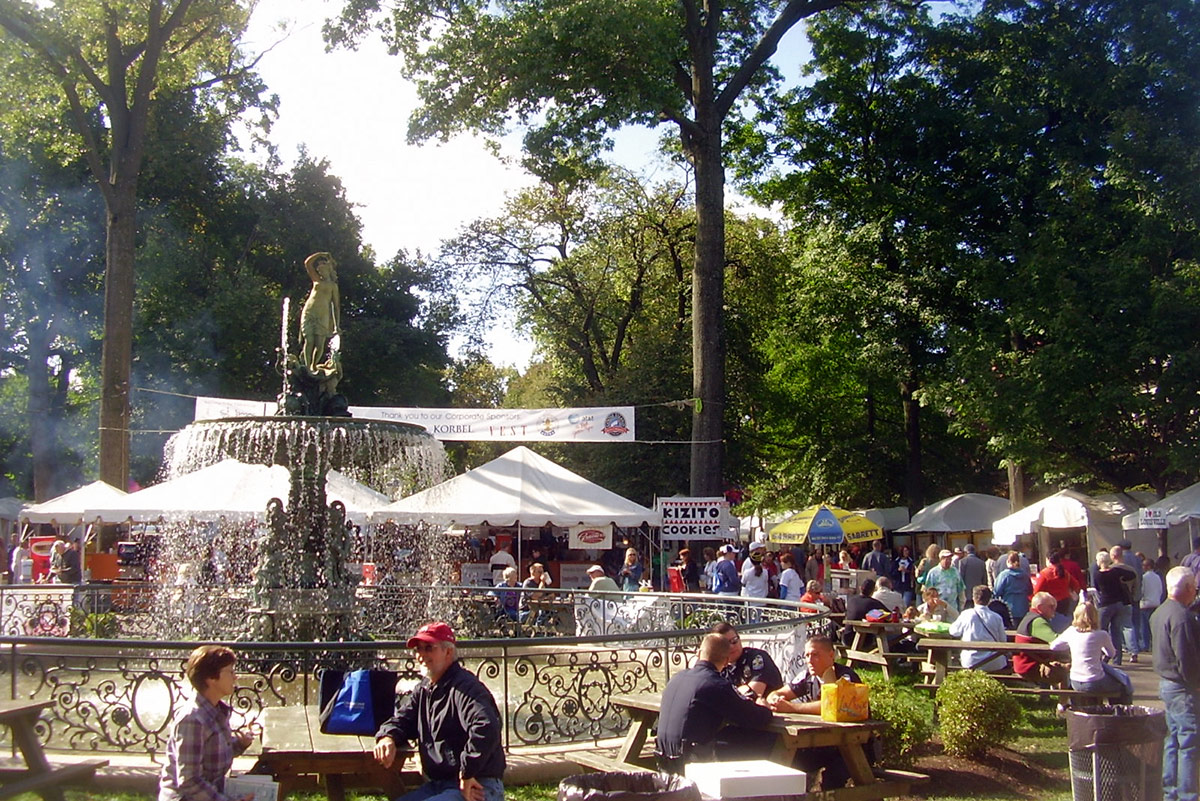 Louisville’s most picturesque residential street is unquestionably St. James Court. Set within the elegant Victorian Old Louisville neighborhood, St. James Court is an aesthetic delight of distinctive architectural styles centered around a park-like median and a sculptural fountain. All who visit this area would love to live on St. James Court.

The famous street was developed in the early 1890s by the Victorian Land Company, whose president was William Slaughter. Slaughter purchased the land that once was occupied by the Southern Exposition, a major national exhibition that promoted Louisville products and manufacturing in the 1880s.

All of the resulting house designs were among the best in the city, beginning with the crown jewel, Theophilus Conrad’s mansion at 1402 St. James Court. This Richardsonian Romanesque-style design by the firm of Clarke and Loomis in 1893 is a magnificent structure, both inside and out. The ornamental detailing is superb.

William Dodd, one of the city’s leading architects also lived on this street. So did Alice Hegan Rice, author of Mrs. Wiggs of Cabbage Patch.

The first weekend in October spotlights this beautiful streetscape with the St. James Court Art Show. Artists from around the country set up colorful booths to sell their unique artwork. It is a highlight of the local social scene.

Simply take a stroll along St. James Court—and it’s equally appealing intersecting pedestrian street, Belgravia Court—and you’re sure to have one of the most pleasant visual experiences in all of Louisville.