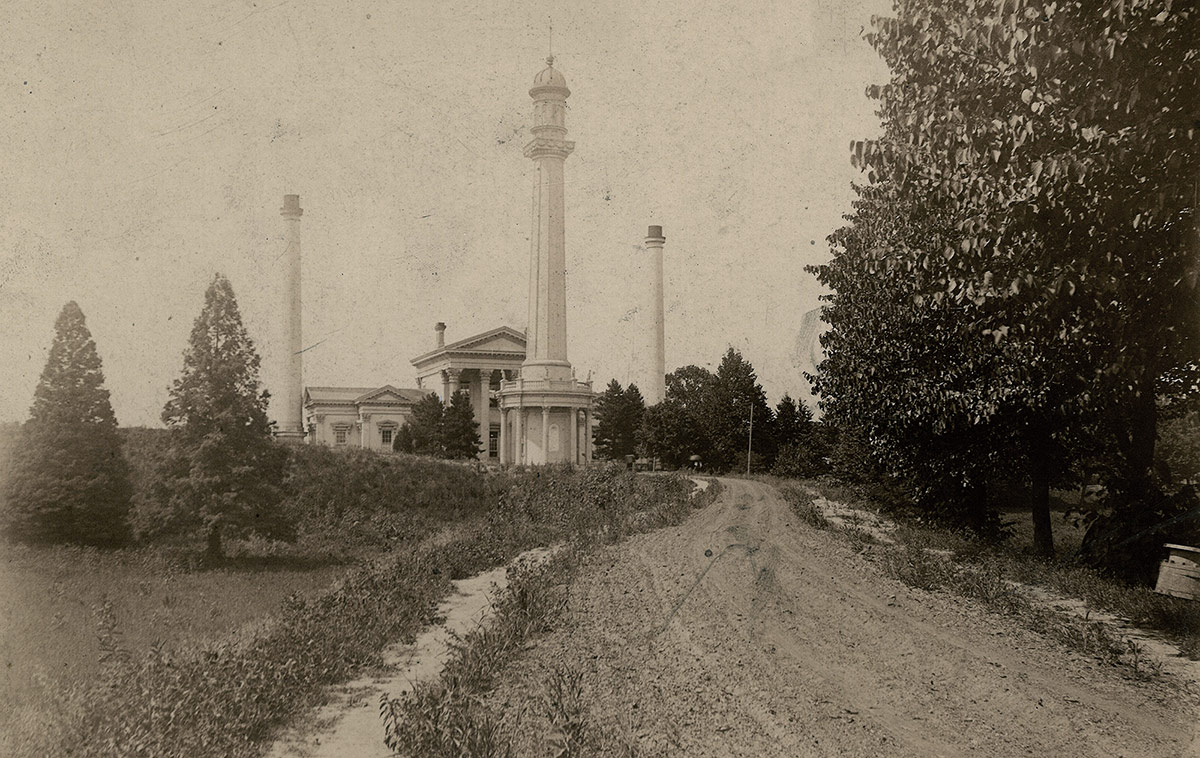 Louisville has great drinking water. It’s no secret that our water supply regularly rates high in quality and has been recognized by several surveys as the best in the United States and even North America.  Recently, a national television program selected Louisville’s water as tops in a blind taste test of drinking water samples from around the country.

The Louisville Water Company (LWC) is no stranger to high standards, not only in its water supply but also in the design of the infrastructure that keeps the water flowing. For the last 155 years, the company has been creating exceptional buildings across the city.

In 1860, LWC engineer Theodore Scowden designed the Greek Revival classic Water Tower at River Road and Zorn Avenue. He could have built a generic, basic structure since few residents in Louisville would ever view or visit the tower—it was located far from Downtown in that horse-and-buggy era.

But Scowden wanted to use impressive architectural imagery to persuade potential customers that “piped” water was superior to that drawn from wells or creeks.

His magnificent complex served as another marketing purpose, as well. With many people traveling south on steamboats along the Ohio River seeking a better place in which to live, the Water Tower was a beacon signaling Louisville as a progressive city and good location to call home. You might compare it to today’s St. Louis Gateway Arch.

Under the leadership of the innovative designer Charles Hermany, LWC built in 1879 the ornate Gatehouse at the reservoir in Crescent Hill, which was just beautifully restored to its original historic grandeur last year. The reservoir is also one of the city’s most popular exercise walking destinations.

In 1910, architect Theodore A. Leisen gave the company another design boost with a gleaming new headquarters on Third Street in Downtown Louisville. The buff brick structure, recently demolished for a parking garage, featured strong proportions and simple design that contrasted sharply with the LWC’s former Victorian home at the same location.

To bring LWC into the modern age, a new headquarters building opened in 1998. Designed by Louis & Henry Architects, the exterior contains references to the LWC’s heritage buildings on River Road. Inside, a large lobby space creates a light-filled atrium.

At any point in its history, the Louisville Water Company could have easily constructed ho-hum industrial-looking facilities, but it chose the design high road. Fortunately for us today, its buildings have the same aesthetic quality as its water.