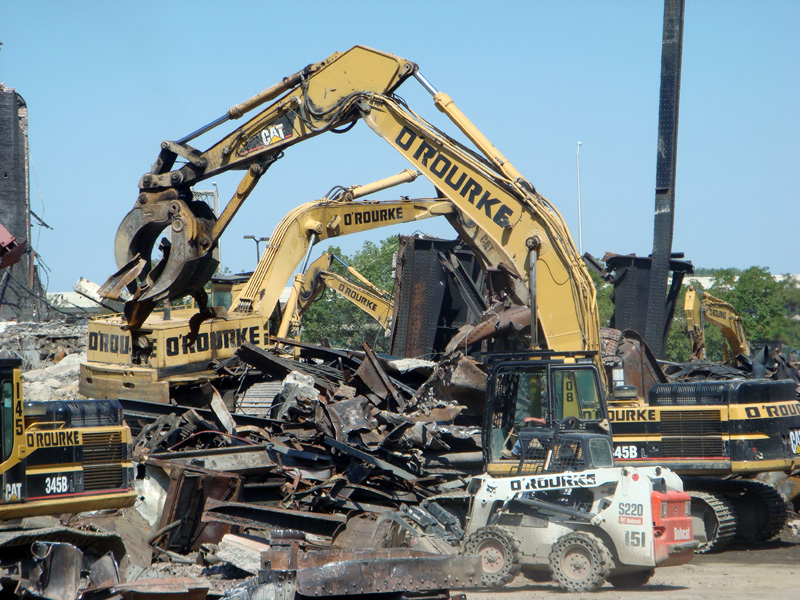 There’s another lawsuit being brought against the Louisville Arena Authority alleging Kentucky state procurement laws weren’t followed properly in selecting a construction company. RAM Engineering & Construction is upset that Mortenson Co. selected VEIT Construction Company without being allowed to submit a bid “similar to Veit’s proposal.” With such a big project at stake, it seems everyone wants a piece of the pie. Read the entire article over at the C-J.

In other Arena news, demolition is expected to be complete in mid-October. That’s a few weeks later than the late-September initial calculation, but it seems all that debris is proving difficult to sort through. The delay shouldn’t push the schedule too far back, however; preliminary foundation work is being prepared and construction teams are now on site. The $63 million LG&E utility relocation is also moving forward and is on budget according to the Arena Authority meeting today.

The electric jungle gym on Third Street is still live and will be the last portion to go after a new electric tower is finished for Museum Plaza. The electric grid opposite the arena site will be the site for a new parking garage operated by the Galt House. The entire arena project is still scheduled to be complete in November 2010. Read more at Business First, C-J, and Fox41.