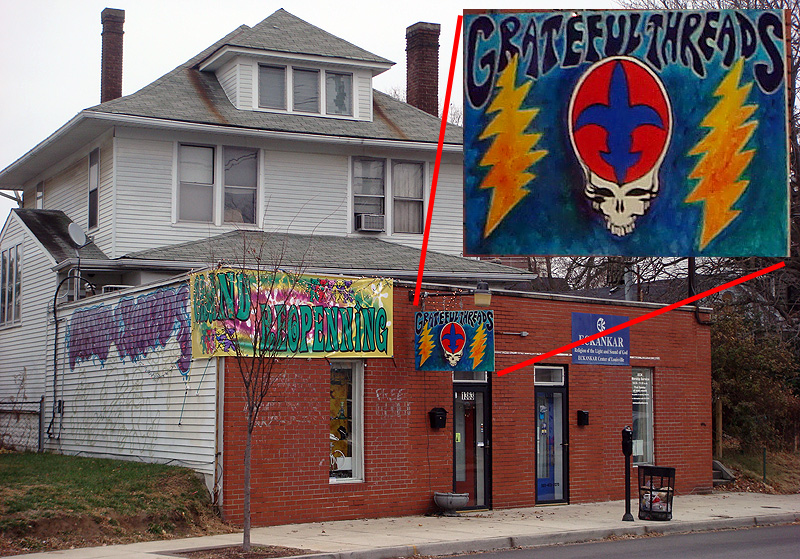 The Grateful Threads store long located on what some call Head Shop Row along Bardstown Road went under new management earlier this year and after a closing scare, has opened back up. The new location is on Bardstown near Tyler Parkway (Map/StreetView). Maybe we’re a little slow and didn’t notice this has been open a while? But we saw it today and it has a giant “Grand Reopening” sign, so we’re bringing it to you.

The new Grateful Threads effectively stretches Head Shop Row well past Eastern Parkway, nearly doubling its length. The other end, we guess is the Electric Ladyland far off to the south. They have also jumped into the 21st century marketing with a MySpace profile and a web site that doesn’t work yet. There’s still plenty of tie-dye, though.

[P.S. There’s a new mural in the works on the north side of the building. ]