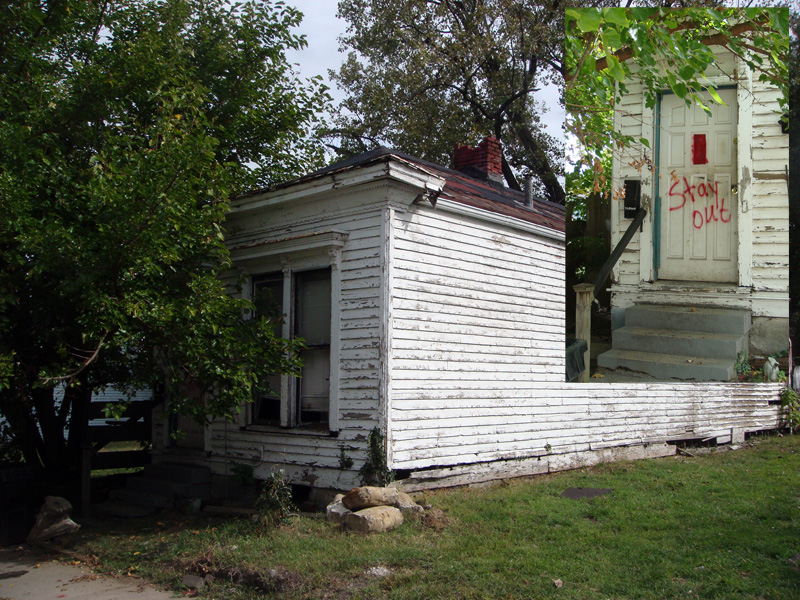 Another shotgun house in Butchertown is about to set a date with the wrecking ball. This one sits on Campbell Street and features broken windows, a nearly caved-in roof, and a quaint front door proclaiming “Stay Out.” A sign on the electric pole out front says the house is up for a public hearing about an exterior change. A tipster pointed out that this house isn’t about to be renovated as the sign would suggest, but demolished, torn down, left for scrap.

We suppose complete and utter destruction counts as an exterior change? The Butchertown Architecture Review Committee will be reviewing the case next week. This one never really had all that much chance at revitalization, though. It is located directly north of the floodwall in a generally industrial area although several other shotgun houses are all around outside the floodwall here (one with a rather vicious dog that enjoys surprising pedestrians).