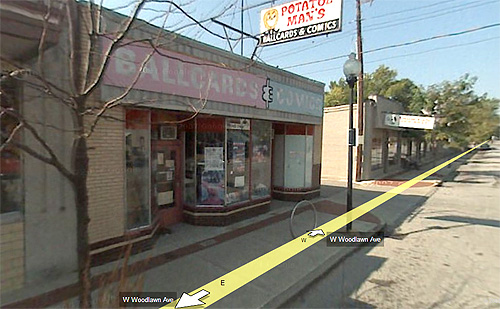 Sunergos Coffee Micro-Roastery & Espresso Bar, currently located at 2122 Preston Street, will open a second location in the Beechmont neighborhood near Southern Parkway at 306-308 Woodlawn Avenue. The new coffee shop will replace the former Potatoe Man’s Ballcards & Comics. The expansion is made possible by a $50,000 forgivable loan from the Louisville Metropolitan Business Development Corporation.

Matthew Huested and Brian Miller co-own the coffee shop and reveal on their web site that Sunergos Coffee takes its “name from the Greek word ‘sunergos’ used in the first century to refer to relational collaborative service” and adopts an operating philosophy where “our work, intertwined in relationship with the Creator, our families, the community, and the environment, will thrive as an expression of integrated living.”

The Beechmont neighborhood has been waiting for a coffee shop ever since rumors of a Heine Bros. Coffee Shop failed to materialize last year. Stay tuned for the official opening dates.