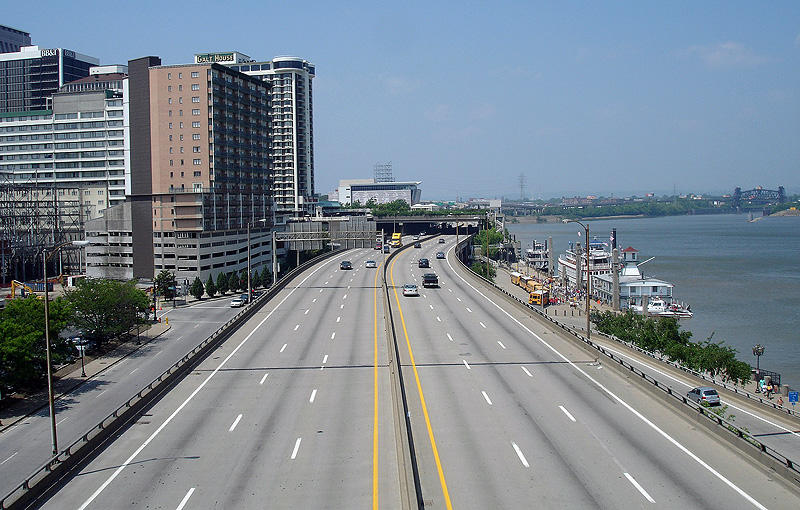 Four years ago, officials expected that the states’ federal gasoline tax revenue would be enough to cover the cost, which was estimated at $1.4 billion.

But now that the project has climbed to $4.1 billion, Kentucky and Indiana are looking for more money—possibly including tolls—and the federal government wants details.
…
The government requires all federally financed transportation projects to have clear sources of funding to keep unrealistic projects from tying up money.

We’ve known that the demands of financing this mega-project are far greater than the expected return. For merely half the price, the 8664.org plan solves the same transportation problem without requiring tolls or the destruction of Downtown Louisville. It’s definitely not too late to fix our transportation issues in a responsible way. Perhaps the Feds will finally realize that the Spaghetti Junction-two-bridge solution is as “unrealistic” as many have know for so long.