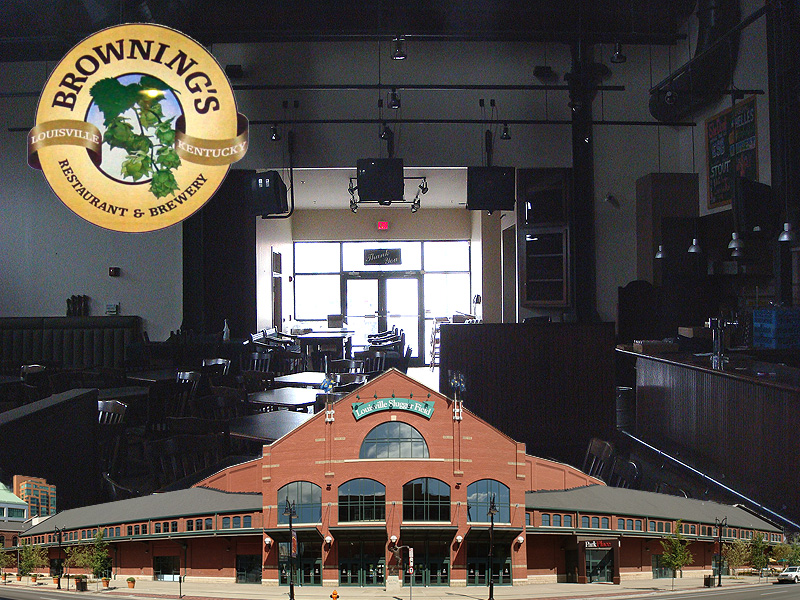 Yesterday, the C-J reported the old Browning’s Restaurant and Brewery that closed last October at Louisville Slugger Field had found a new entrepreneur to convert the place into a “family-style restaurant and a companion microbrewery” under the same name with the help of a city-backed loan. The entire start-up was estimated to cost about $300,000.

Tony Revak who has been in the restaurant business for 20 years, opening 3 Buckhead Mountain Grills, was behind the move and it appeared as though he had hit a homerun:

The board of the city’s Metropolitan Business Development Corp., or Metco, met last week and approved an $85,000 loan at 5 percent interest to help Revak with startup costs, said city spokesman Chris Poynter…

Louisville businessman Sam Rechter is helping to finance the venture, and members of Revak’s family are also in the ownership group, Revak said.

Today, the story turned sour as the deal was declared “dead.” Evidently, an agreement couldn’t be made with financial backers so Revak “gave up.” There are no plans for another tenant, either. As you can see in the photo above, the interior of the restaurant looks much like it did when it was open, full of tables and chairs, but it may end up dark for some time longer.

Unless the rumors on the street are true. There’s a discussion on the entire Browning’s deal over at the Louisville HotBytes restaurant forum that wonders whether the C-J just jumped the gun on the story before details were finalized. The group behind the new Browning’s proposal had been trying to keep their plans a secret for some time and a lease hadn’t even been signed. We’ll just have to wait and see on this one as the rumors say Browning’s could be more asleep than dead.