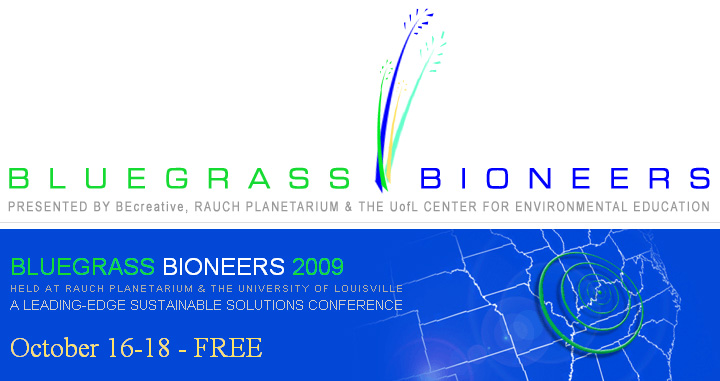 Beginning Friday, the “country’s most inspired and inspiring sustainability conference,” Bluegrass Bioneers, will be taking place in Louisville at the University of Louisville’s Rauch Planetarium. The free event includes speakers, interactive workshops, panels, performances, and a simulcast of the famous Bioneers event being held in northern California and represents the only “satellite city” within a 350 mile radius.

More details are available on the Bluegrass Bioneers website, but here are the conference specifics: