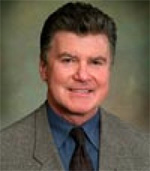 Charles Cash, Director of Louisville Metro Planning & Design Services, revealed this week that he will retire after over 30 years serving the city. In a September 30th letter to Mayor Abramson, Cash announced his intent to retire and enter the private sector.

Cash’s time with the department saw many changes including the implementation of the Cornerstone 2020 Land Development Code, enhanced neighborhood planning with 16 plans adopted including the Floyds Fork Study, and creation of a Neighborhood Planning College helping to educate neighborhood leaders. Also during his tenure, Cash has repeatedly been been selected to present on Louisville at national conferences and has been involved with a number of major projects that have changed the face of Louisville such as Liberty Green and Main Street.

Chris Poynter with the Mayor’s office said the position will be left vacant for the time being with IPL Director Jim Mims taking on Cash’s responsibilities. Poynter said this decision is dually to help with budgetary issues and to allow time to find the right candidate for the job.

I came to work for the City over 30 years ago as a Planner I with the Landmarks Commission. At that time as a young architect, I had no idea that I had found my primary career path, dealing with the built form of Louisville. Rising through the ranks, I have served as Architect to the Landmarks Commission, Urban Design Administrator, Assistant Director and interim Executive Director of the Louisville Development Authority, and finally director of Planning and Design Services. In addition, I was the Mayor’s representative on the Planning Commission for nine years. The last seven years at Planning and Design have allowed me to lead one of the most progressive and highly regarded planning departments in the United States.

Cash expects to spend more time with his three adult children and looks forward to soon becoming a grandfather. He doesn’t expect to fade into obscurity and hopes to continue to help move Louisville forward on issues relating to the built environment.