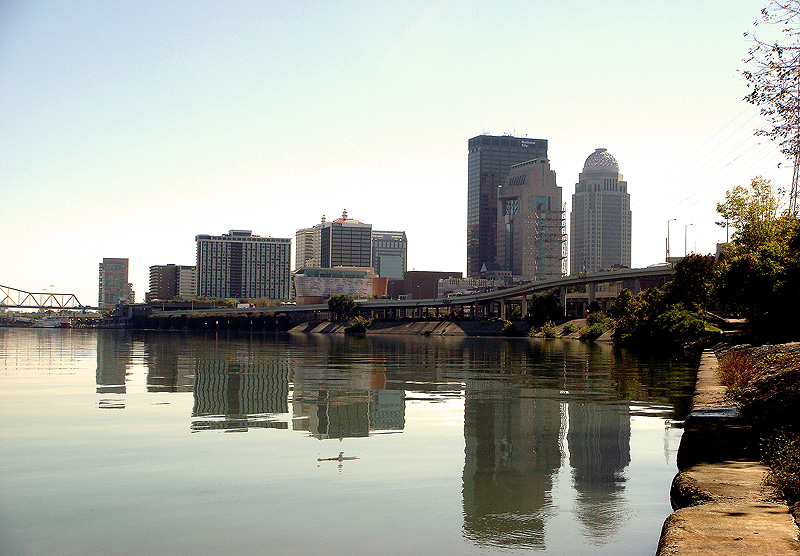 At the end of 2008 we wrote a River City development year-in-review that never made it online. We’ve tweaked it a bit to bring the lingo up to date, but here’s the guts of the story. We’re calling it “A eulogy for a year of disparagement and anticipation.”

Oh, 2008, how you toyed with our hearts. You promised so much yet held it just out of reach. Now, as you’ve become a fading memory, development in Louisville has been left in a state of confusion and turmoil. Gone are the days of lofty proposals and mega-project dreams. As we soon wake up on a spring morning in 2009, we’ll come to realize that the previous year was just a bad dream: brutal but not lethal. It’s time to pick up the pieces and continue on with new dreams of a post-mega-Louisville future.

Less than a year ago, the development life of the city seemed too good to be true. New skyscrapers were being announced almost weekly, Museum Plaza was actually under construction, and downtown businesses were opening in once vacant buildings. And some of the projects are actually getting built. The ZirMed Towers are well on their way, the University of Louisville continues work on its Health Science Campus, and the Fleur-de-Lis condos recently welcomed its first tenants.

Thank God for the Arena. While we didn’t get every project we hoped for, Louisville is still experiencing a good amount of development activity amidst the financial ruin of the national economy. If funding for the only mega-project to make it through 2008 unscathed had not been secured in the nick of time, downtown development might now be in the midst of a Silent Night. The arena is keeping the city’s construction pulse ticking and giving everyone something to proudly point to as progress. And it’s making room for a new emphasis on project scale.

While mega-projects like Museum Plaza, the Iron Quarter, Center City, or any other really big, really visible icon generate palpable excitement from the far corners of the community, they’re ultimately unwieldy and topple easily. We see development in 2009 picking up with many smaller-scale projects and tweaked business models responding to the economy. Luxury condos are so 2008. This year will be the year of the downtown apartment.

Already, there are signs apartment development is gaining steam. The Whiskey Row Lofts and the Ice House Lofts on East Main Street are both marketed as apartments, and many condos are implementing lease-to-own programs. And, really, this could be a good thing.

While the condo craze turned out some glitzy projects like the Waterfront Park Place, the Fleur-de-Lis, and the Mercantile Lofts, they were little more than develop-tainment for the majority of Louisvillians. The “lofty” price tags kept most interested in living downtown at a distance. Now, with many developments going “nondo”, trading condos for apartments, a much larger audience can consider moving in downtown.

And that’s really what downtown needs more than anything else: people. People living and spending their time there, not just those driving in for a job or a show. It’s clear from some of Louisville’s most desirable neighborhoods that a place filled with people is a neighborhood that fuels its own growth. Even as we see shops and restaurants closing up throughout downtown, there are still new businesses preparing to open next year. As density increases, these neighborhoods will only get stronger.

So, 2008, you did your best and we’re sorry to see you go. Development in Louisville rolls on, though with a few dents to its ego. We can’t wait to see a patchwork of small construction sites across town teaching us to again build incrementally and not rely solely on the mega-deal. And while those large-scale projects will again wake and excite anew, perhaps we can take this opportunity to slow down and realize just what we want our future Louisville to look like.

So what do you think? Are our projections right on or completely wrong? We think they’ll end up somewhere in the middle, but that’s taking the safe bet. What do you think is the legacy of 2008 and where do you see 2009 and beyond leading us? Sound off in the comments.