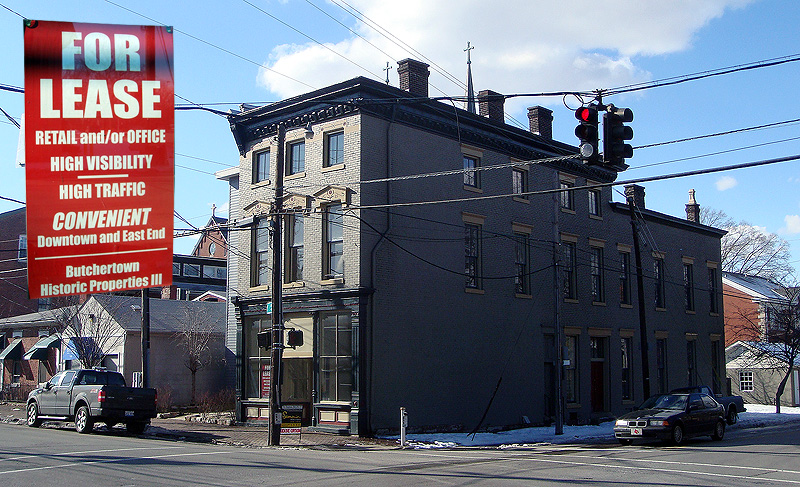 A historic three-story brick building in Butchertown will soon be home to the Kentucky Brew Company My Old Kentucky Homebrew. The new 1,100 square foot store won’t be making their own beer or wine, but hopes to help local individuals and entrepreneurs with their own home-brewing endeavors. Equipment for making your own beer and wine will be sold and information on brewing available. The store will also sell grains, hops, yeast and malt extract for use in the brewing process.

Start-up costs were financed in part from a $40,000 small-business loan for the city. The lease for the space on the corner of Story Avenue and Adams Street was signed today and the My Old Kentucky Homebrew company hopes to open by mid-March. Construction on the interior space is underway, so you better plant your grapes this year to get started making your own wine and beer soon.

The rest of the building is still for lease as commercial space and is divided into several office suites on all three floors. Another 500 square feet of office space is available on the ground floor as well as above the new retail spot.