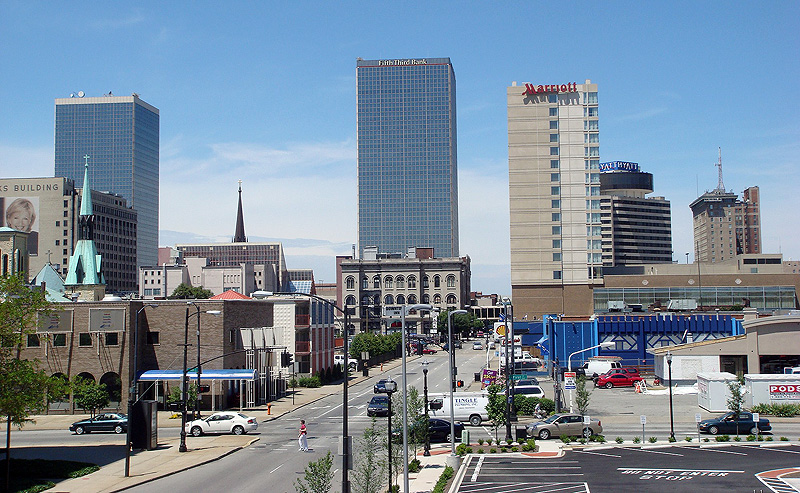 It seems every other day someone is saying the economy in Louisville is going nowhere fast, the condo market is painfully hurting, or there are way too many unoccupied condos Downtown. While we’re certainly still feeling some of the effects of these economic times, all the negative news is getting us down. We’ve noticed before how the small business scene in Louisville has been resilient in the face of this news (here and here), so we decided to take a closer look at the condo market in and around Downtown to uncover what’s really taking place. We spoke with three condo developers to get their take on where the condo market in Louisville is heading.

So is there a glut of unsold condos in Downtown Louisville? While all the developers we spoke with admit there are quite a few condos for sale, the consensus is that the majority of remaining units are situated in the upper cost limits of the Louisville market. No one seems too concerned that the current inventories are more than Louisville can handle and left with a feeling that Downtown is not in over its head.

Mark Isaacs of Legacy Development takes the approach of looking at the Downtown submarket as a niche of the overall housing market. Many of the remaining condos in and around Downtown are listed for above $350,000, and Isaacs says that price point is down across the boards. He notes that anywhere you look in Louisville, expensive condos take a while to sell. It’s important not to beat up on Downtown’s stock of expensive condos when the same dynamics are taking place all over the region.

But even with many expensive luxury units left Downtown, many believe we’re on the right track. David Barhorst of SoFo Development says his experiences have shown the Downtown market remains strong and Bill Weyland of City Properties Group speculates that the remaining condos could sell (or be “absorbed” in real estate jargon) in the next 18 months. Barhorst and Weyland agree there has been some overbuilding of luxury units, but say the market isn’t as weak as the mainstream media is letting on and there are buyers out there. It’s only a matter of time before the current stock is absorbed.

Weyland points out that Downtown living is unique from typical housing options and fundamentally based around Downtown jobs and the walkability of the neighborhood. Someone buying a home in most of the city still must commute work, recreation, and shopping. Living Downtown allows you to step outside your front door and walk almost anywhere you need to go. This is a strong draw for many who desire a new level of convenience not found in driving to the strip mall.

The major hurdle for selling condos has been the ability of potential buyers to sell their suburban homes. David Barhorst says this has been the preeminent problem for Downtown. Plenty of people are interested in making the move, but they can’t sell their current house. He says his experience has been that the Downtown market is stronger than its suburban counterpart as prices remain steady and have increased in some circumstances. In many ways, as the suburban housing market improves, so will the Downtown market.

Out of town buyers have helped to fuel Downtown condo sales. Many young and creative buyers moving to Louisville are bringing a new, urban mentality with them. They want to take advantage of the benefits of city life and are working to create a real Downtown neighborhood. Weyland expects this trend to continue as innovative people come to find jobs in a growing Downtown.

Everyone we spoke with says there’s still plenty of room in the market for sub-$200,000 condos. Mark Isaacs again points to the ease of selling more affordable units not only Downtown but across Louisville. There are few units remaining on the market in this price range and developers have noted that the most affordable units are usually the first to be sold.

Bill Weyland hopes to tap into that niche as he moves forward with several of his projects including the Edge at Liberty Green. He has little interest in building condos priced at $500,000 or above. Instead, his model includes an assortment of smaller, more affordable units. If a buyer is interested in a larger condo, Weyland will combine two or sometimes three affordable units upon request.

There are challenges to overcome when building more affordable units. There’s still a pervasive suburban mentality trying to guide the development of Downtown. Bill Weyland says a condo in an urban environment isn’t going to be the size of a suburban McMansion and that’s a good thing. It’s sometimes difficult to convince banks, though, that there’s a market for small, affordable units. Weyland said his experience shows otherwise.

The cost of a Downtown condo building can present challenges, too. Many times, the land costs and the building type drives up the overall cost resulting in more expensive condos. That’s why a new paradigm for Downtown development that includes smaller unit sizes is so important. Opportunities exist to find cheap land, but an urban multi-family building is constrained by a variety of economic obstacles. For example, building codes dictate the construction method of a building by project size. Whether it’s made of wood, steel, or concrete, the building type will affect the overall cost and risk of a project. Renovation projects face similar challenges.

How long can we expect to feel the results of the economic downturn in Louisville? Bill Weyland pointed out that Louisville never rode the crest of the real estate boom that many Southwestern cities did. Now we’re not facing the same types of problems as other cities that underwent rapid expansion. Weyland says Louisville is not in crisis mode.

Isaacs takes a more conservative approach. He believes that as long as the unemployment rate remains high and foreclosures continue, we won’t see the kind of activity we’re hoping for and prices will generally be depressed in the overall market. He speculates we could face three to five more years of depressed prices and sales across the larger residential market before everything is back to normal.

But Downtown is currently positioned to make a quick comeback. Weyland points to progress being made on amenities such as the new arena and the general lifestyle that Downtown provides. He says employment in the core has remained strong compared to the suburbs and notes the gains in high paying jobs in the Medical Center. He says the trends remain strong and there’s no need to panic.

Developers in and around Downtown have been quick to respond to market forces, too. David Barhort’s Bycks Lofts recently sold out with the help of a couple lease-to-own options and his under construction Ice House Lofts has been converted to apartments until the market improves. Weyland says its important to manage your own inventory and keep the units leased if they won’t currently sell.

On the upside, there are plenty of deals to be found. While many prices for condos remain the same or have risen in some cases, Mark Isaacs says you can find condos listed for 10 to 15 percent or sometimes up to 20 percent below their market rate. He suggests that if you have a job and have some money saved up, now is the time to find an opportunity. This is especially true for first time home buyers who can take advantage of a government sponsored $8,000 tax credit for first-time home buyers.