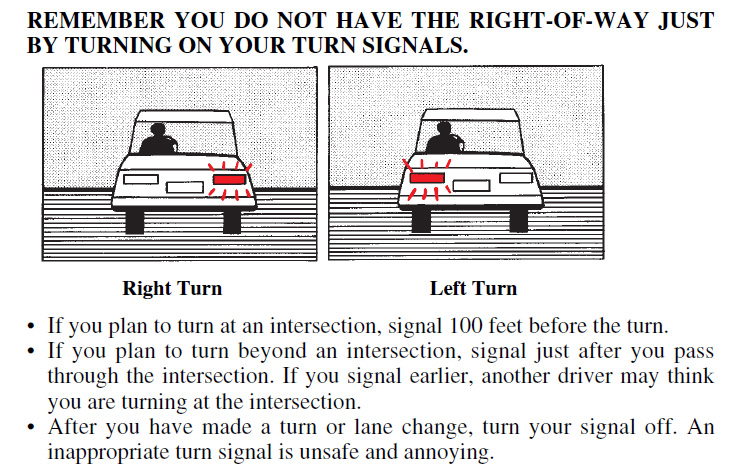 The C-J recently had a story about turn signal usage in Louisville—or the lack thereof—in which I was quoted. Not using a turn signal when driving is at best rude and at worst dangerous. As the article points out, many in town aren’t happy with the lax regard for turn signal usage and the police are taking notice and issuing more tickets.

It happens all the time: You’re driving down Shelbyville Road, or Bardstown Road or any road and the driver in front of you suddenly applies the brakes, slows for no apparent reason, and then stays stopped in the middle of traffic until he or she can make a turn. All without signaling.

Alas, most Louisvillians would rather do anything while driving—text, eat dinner, apply makeup—than signal a turn. Is it part of what makes Louisville weird? A folksy habit rooted in small-town sensibilities? Or just the way it is? Either way it’s so rooted in local iconography that Louisville magazine once noted, in a list of 50 things to know about the Derby City: “If you expect Louisville drivers in front of you to signal a turn they intend to make—in advance, for your benefit—you picked the wrong town to live in.”

My thoughts on the matter view turn signal usage and distracted driving inherently linked. Operating a vehicle requires a lot of attention and if one can’t pay enough attention to signal a turn, there may be too many distractions going on. Check out the article while it’s still online.