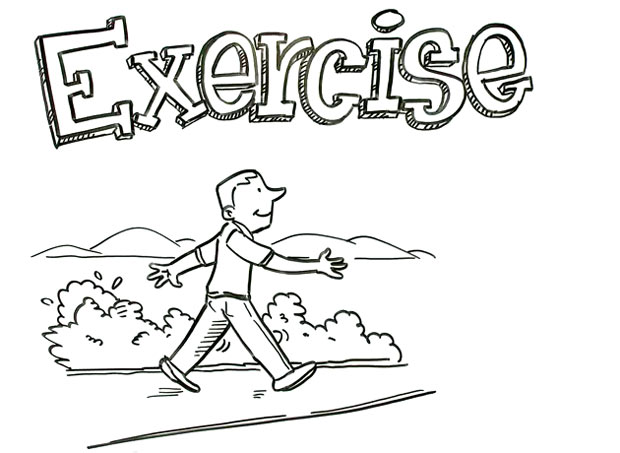 While studying preventive medicine, Dr. Mike Evans began looking for the single thing that has the biggest impact on our health. As you might expect, the answer has to do with exercise, but not a triathlon or vigorous run or even a heavy gym workout. It turns out, it’s the simple act of walking about a half hour a day that reaps the greatest health benefits. StreetsBlog pointed us to this great animated talk discussing the benefits of walking.

As StreetsBlog rightly points out, this news should directly affect the way we design our communities:

If you live in a neighborhood where you can run at least a portion of your errands by foot, you can get in a half hour of walking without setting aside a whole block of time from your busy day. You may get your daily walking quota in without even noticing it.

Meanwhile, if you live in an area where destinations are far apart and street conditions make walking unsafe, just getting in 30 minutes of walking a day can become a logistical problem. Do you have to join a gym, and drive there? How much time does that take? Maybe it isn’t practical everyday.

As we discovered with terrible results in the 20th century, complex problems like designing our cities cannot be solved by isolating each individual issue, in the same way that single use cluster zoning tried to disassemble cities into neat separate parts. It’s going to be increasingly important to look at the questions presented by the city from a holistic point of view where street design is no longer merely a transportation question of moving traffic volumes, but a question of health, environment, quality of life, and public safety all at the same time.