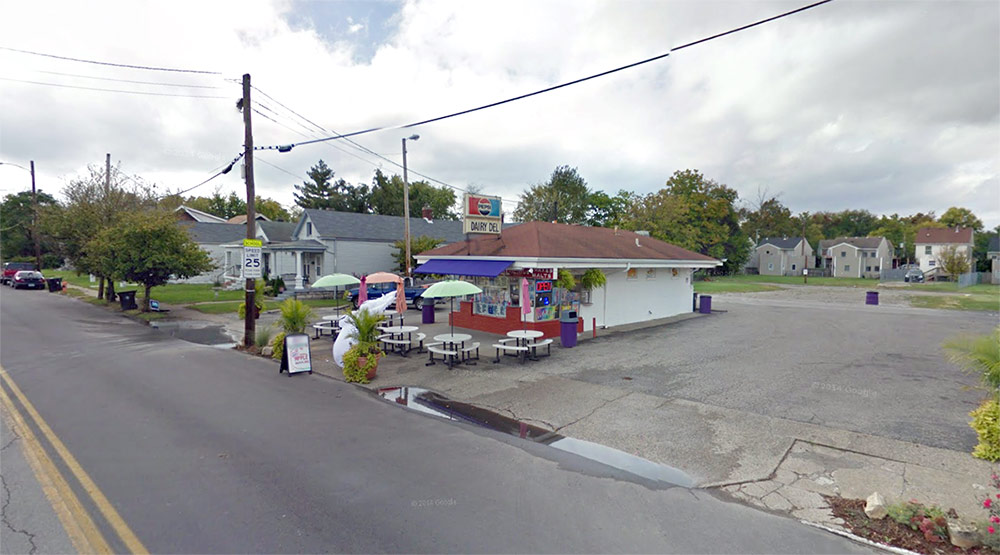 A couple months ago, we took a look around Shelby Street as it runs through Schnitzelburg to get a better picture of its potential as a neighborhood corridor—and there’s certainly potential. Today, one of the anchors on that stretch of Shelby Street—the Dairy Del ice cream stand—is getting an upgrade.

The Louisville Metropolitan Business Development Corporation (METCO) has announced its latest round of funding, about $175,000, to three businesses around Louisville, including Dairy Del. The classic ice cream parlor at 1516 South Shelby Street is a great walkable choice for families in the Schnitzelburg, Meriwether, and St. Joseph neighborhoods, and a $17,500 loan will help owners Wayne and Brenda Madison undertake a few facade repairs. Unfortunately, the loan will also help build a drive through, a move we never applaud in an urban area like this, especially when public funds are involved.

The other three loans went towards renovating the Portland neighborhood. Mitchell Kersting and Tyler Watkins, principals at local architecture firm WorK received a $50,000 facade loan and $47,600 energy efficiency loan to help update their building at 231 North 19th Street on Boone Square Park. According to a press release, “The loans will allow owners to improve the storefront, reinforce limestone columns, repair tuck pointing and cornice repairs, as well as install solar power, a green roof, rainwater collection and new HVAC.” Broken Sidewalk recently spoke with Kersting about his plans for the historic corner commercial building—read about it here.

The final loan goes to the Tim Faulkner Gallery at 1512 Portland Avenue. According to the city’s press release, the $60,000 loan “will allow Scott Koloms to renovate the event space and create a better delineation between the artist space and event space. This project will create nine new jobs.”

More information on the city’s small-business loan program can be found here.