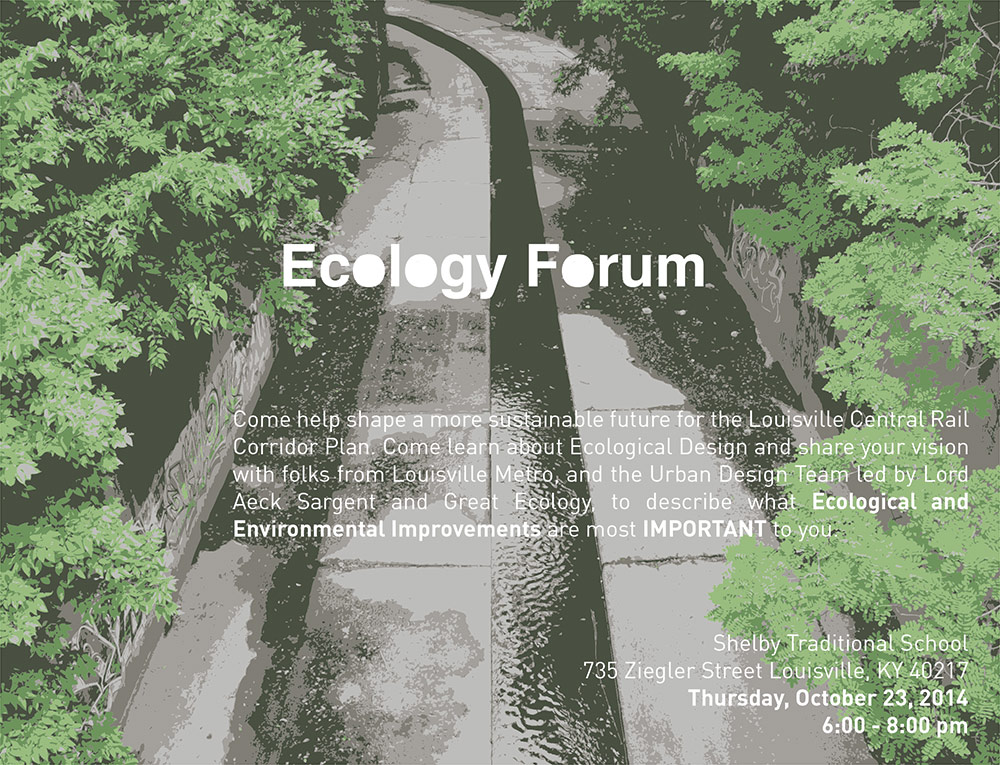 [Editor’s Note: This article is the second part of a series covering the Germantown/Shelby Park Rail Corridor Area-Wide Plan. A public meeting will be held Thursday, October 23 from 6:00–8:00p.m. at the Shelby Traditional Academy, 735 Ziegler Street.]

As the largest watershed in Jefferson County, Beargrass Creek has long been a source of cultural pride in the area, wending through inner neighborhoods like Germantown and Clifton, and extending as far out as Hurstbourne and Indian Hills. However, the creek also functions as a drainage basin, which collects the sewage and stormwater overflows from the city and pours into the Ohio River.

With a close eye on the ecological impact of the Germantown/Shelby Park Rail Corridor Area-Wide Plan, the Center for Environmental Policy and Management (CEPM) is moving forward with the project, now in the first phase of planning.

On Thursday, October 23, CEPM will host an Urban Ecology forum for residents in Germantown, Shelby Park, and Smoketown to engage with technical experts and discuss possible outcomes of the Area-Wide Plan. The meeting will last from 6pm to 8pm at Shelby Traditional Academy, located on 735 Ziegler St.

“It’s a chance for residents and stakeholders to talk about stormwater and drain infrastructure, to talk about Beargrass, about ways to connect the neighborhood with bikeways and trails along the creek,” said Theresa Zawacki, Executive Administrator for Brownfields and Local Food Initiatives for the Louisville Metro Department of Economic Development.

In addition to minimizing threats to public health and the environment, the Area-Wide Plan seeks to alleviate urban blight and vacancy by redeveloping potential brownfields in the region.

According to Zawacki, there are two components of the Urban Ecology forum:

There will be a third community engagement meeting in December that will give CEPM and other agencies a chance to go into the community with project proposals. By 2015, the developers of the Area-Wide plan will prepare a final document with recommendations from agencies and residents alike.