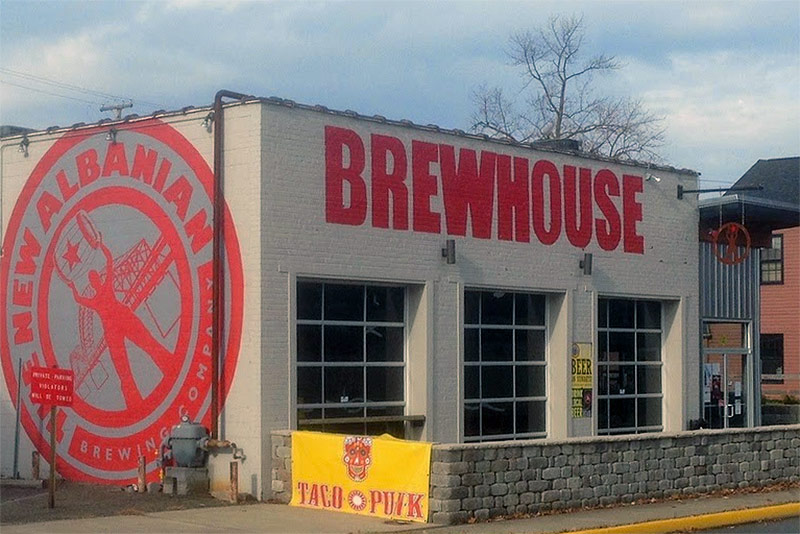 Gourmet taco shop Taco Punk closed down its Nulu location this fall with owner Gabe Sowder citing traffic problems caused by the Ohio River Bridges Project among his reasons for calling it quits. The restaurant’s social media channels have been silent for over a month, last advertising a sale of kitchen equipment, but it looks like Taco Punk could be giving it another go on the Sunnyside.

Sowder teamed up with the Roger Baylor and the New Albanian‘s Bank Street Brewhouse to host a pop-up last weekend, that according to Baylor’s NA Confidential blog, “rocked.” According to Baylor’s post, “We all think that NABC and Taco Punk is an excellent match.”

That pop-up could end up being more permanent. Asked if the Taco Punk x New Albanian collaboration will continue, Baylor said, “Yes, I think so.” He continued:

Ideally, he’d [Sowder] be committing to Thu – Sat, with options to reconsider any time (more, less, up and down). It’d be a scaled-back “food truck” sized menu, not as extensive as before. The pop-ups went well. We’re keeping it loose and open at the moment; I think he’ll be cooking this Fri and Sat.

New Albany already has a wide selection of restaurants that got their start on the Kentucky side of the river, including Toast on Market, Wick’s Pizza, and Quills Coffee. As we noted last month, Southern Indiana has quite a bit going on these days. The Taco Punk pop-up is just the latest example of that.

The pop-up is confirmed to begin tonight and tomorrow at Bank Street Brewhouse and operate a couple days a week. Here’s a note from Baylor’s NA Confidential:

Gabe’s doing a scaled back Taco Punk menu. Think of it as a food truck running out of BSB’s kitchen space. Last weekend, the menu consisted of chips, salsa, guacamole and tacos served five different ways. The menu could get bigger, or not. The days and hours might change — or not. There’ll be no Taco Punk at BSB on Saturday, December 6, because we have a large group coming in … you can stop by and purchase growlers and bombers to go on the 6th, but that’s all. We’re unsure of Christmas and New Year’s weekend hours, so stay tuned.