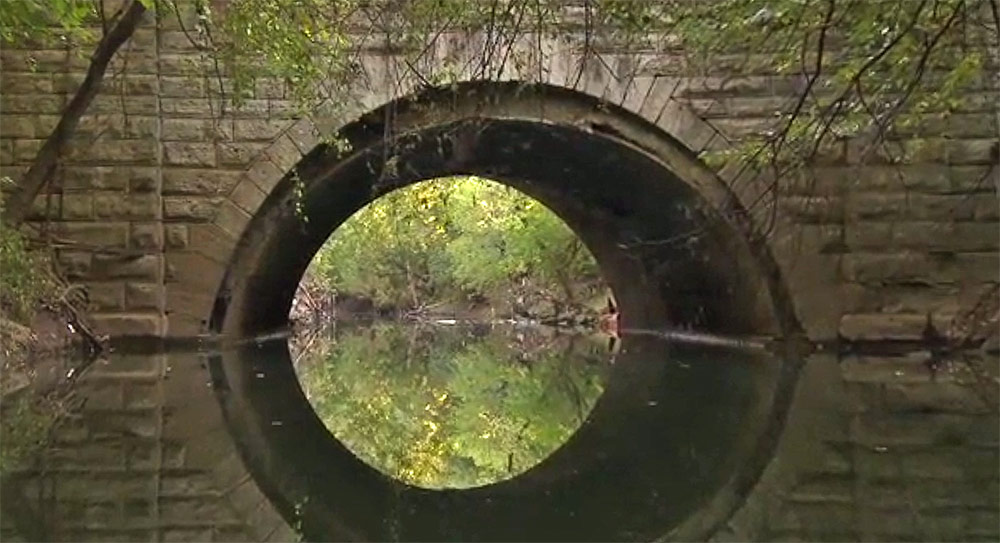 Beargrass Creek is just as much a fixture in the Louisville community as the Ohio River. While smaller in stature, both Beargrass and the Ohio have been treated as eyesores and open sewers for most of their lives. It’s only a recent trend that the city is opening its eyes to its riverfront, returning to its banks with new investment in parks and initiatives to clean up the water itself.

Louisville still has its back turned to much of Beargrass Creek, however, and vast lengths of the creek remains little more than a channelized open drainage system today, out of sight and largely out of mind.

But today, more and more in Louisville have awakened to the potential the creek offers to sustainability, transportation, recreation, and more. Funds are being raised to study expanding a bike and pedestrian trail along the creek, groups like the Beargrass Creek Alliance continue their hard work at maintaining the waterway as a community asset, and now, a Kickstarter campaign has been launched to fund a documentary that can be used as an educational tool to further revitalize the watershed.

The campaign by writer and director Morgan Atkinson seeks to raise $12,000 for the documentary, and it has a long way to go in just 31 more days with just over $2,200 as of this publishing. The film will be called Beargrass: The Creek in Your Backyard and will examine “Louisville’s primary urban stream in all it’s majesty and misery.” The goal is to raise awareness by showing the film in schools and to the larger community. According to the Kickstarter page:

It will be a vital conversation starter; to engage all residents and visitors in the future of the creek and the neighborhoods that comprise it’s watershed. The documentary will create a common narrative that can be promoted by neighborhood, public health and environmental organizations.We will create a portrait of the creek and Louisville’s relationship to show the interrelationship between the natural, cultural and built environments.

Atkinson plans on releasing two versions of Beargrass: The Creek in Your Backyard, a 30 minute documentary for public television, schools, and community meetings, and a shorter 7–8 minute version for neighborhood meetings, presentations with area businesses, and release online.

The goals of the project include showcasing the history, ecology, and biodiversity of Beargrass Creek, point out the health benefits of cleaning up the creek, and highlight case studies in waterway protection from other communities.

The fundraising deadline is Monday, May 11 at 9:21a.m. Keep up to date on the film on its Kickstarter page.