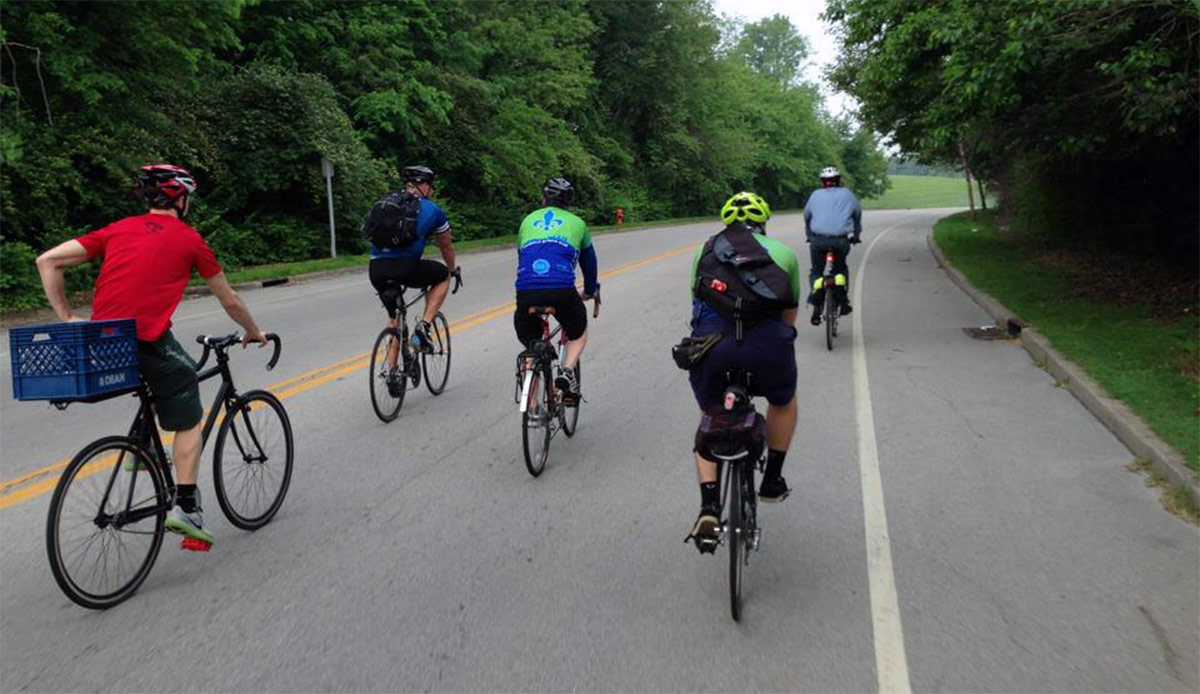 Louisville just doubled the number of “Bike-Friendly Businesses” registered with the League of American Bicyclists, the same group that recently awarded Louisville the prestigious Silver bike friendly rating and slapped the state with a a badge as second worst in the country for cyclists.

Design and consulting firm Gresham, Smith & Partners (GS&P) was just awarded Gold status for their bike-friendly policies, currently the highest such ranking in the state. The bike-friendly business program is intended to recognize employers who encourage a bike-friendly environment.

“Bicycle accessibility is not only an effort that GS&P is committed to internally but also something our team considers heavily in our work to design improvements to the transportation infrastructure in Kentucky,” Mike Sewell, senior transportation engineer at the firm and complete streets advocate, said in a statement. “As a team, we are avid cyclists which helps us as we advocate for and incorporate bike-friendly design solutions in our projects.”

Among the firm’s local projects is a 2006 streetscape design manual for Metro Louisville, the Southwest Greenways Master Plan (which we recently covered here), a West Market Street Corridor Improvement Plan, and an Olmsted Parkways Design Standards report. They’re also working on the design of the new bike lanes on Sixth Street. GS&P’s Louisville offices are located on Fifth Street in Downtown.

Out of 1,050 bike-friendly businesses and government agencies recognized by the Bike League nationally, only 137 carry the Gold-level distinction. According to GS&P, the firm is “one of only 10 gold level design/planning firms, and the only gold level business in the Commonwealth of Kentucky. The firm is also the first engineering company in Kentucky to earn the distinction.”

GS&P’s listing on August 26 bumps the total number of official bike-friendly businesses in Kentucky to six and the total in Louisville to a meager two. (The other is the Louisville Metro Development Center on Fifth Street listed at the Bronze level.) Lexington has four businesses with the distinction, including major employers like Lexmark and the University of Kentucky.

Louisville can do much better. Rather than just striving to be best in the state, let’s put Indianapolis and Nashville in our crosshairs as cities to beat. Right now, Indy has 24 bike-friendly businesses and Nashville has 19. There are plenty of businesses in Louisville that would quality for the distinction, and many more that could benefit from boosting bike awareness.

To learn more about making your business bike-friendly or to register for the next round of awards, visit the Bike League’s website.