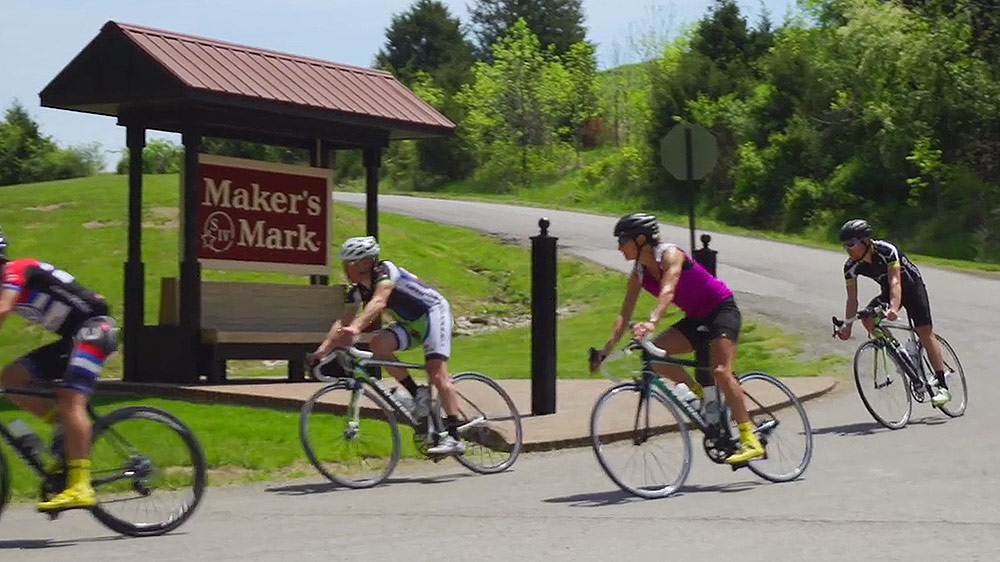 The name of this short film by videographer Gardner Raymond says it all: Bikes, Bourbon, & Bluegrass. Follow along as a group of six high-profile cyclists including two-time Olympic cyclist Lyne Bessette, Cannondale Senior Product Manager David Devine, and U.S. National CX Champion Tim Johnson, as they cycle Kentucky’s rolling hills in search of the perfect glass of bourbon along the Kentucky Bourbon Trail.

If you’d like to pedal the Bourbon Trail, check out the route shown in the video here. The folks at the Bourbon Trail have also put together a few recommended bike routes to hit three or six distilleries along your tour. Or you can map your own. Gardner recommends staying off high-trafficked routes for the best experience and to get the best scenery. And always cycle responsibly.