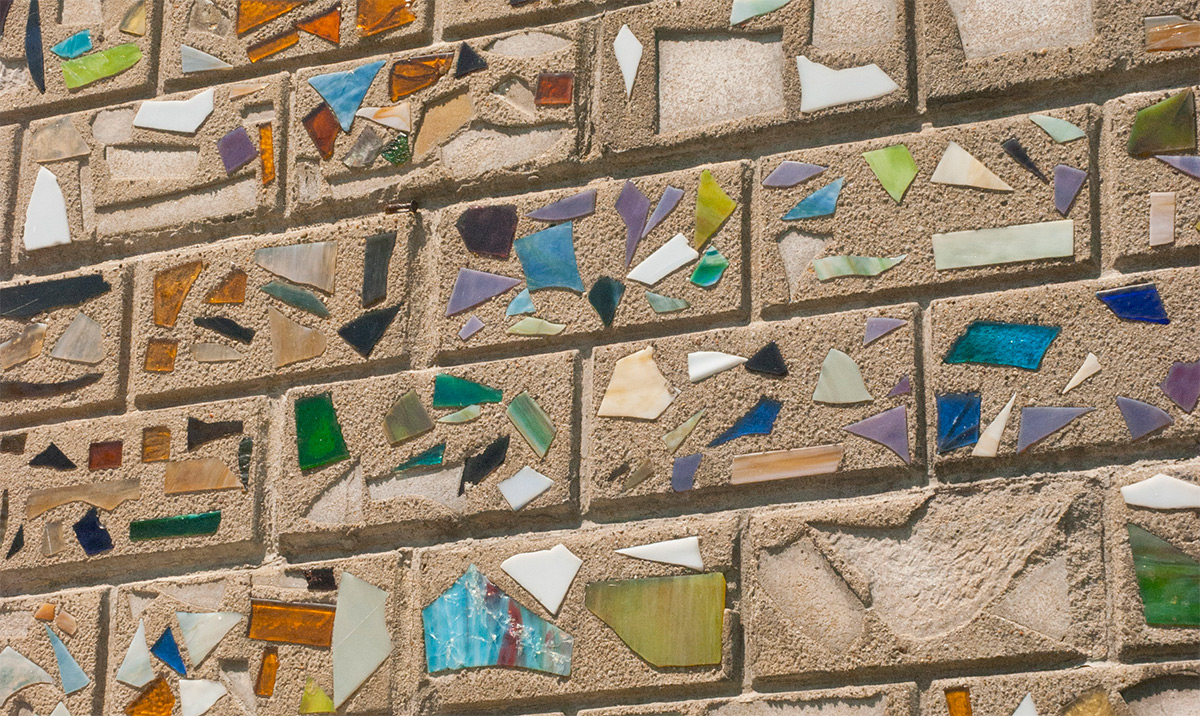 Way down at the end of Main Street where it dead ends into a rail yard, there’s an apartment building like no other in Louisville. Built in 1931, this four-unit building at the corner of West Main Street and 30th Street is covered head-to-toe in colorful glass fragments embedded into its facade. Today, though, it’s boarded up with major water damage.

Realtor John Pfannenschmidt is listing 100 South 30th Street for sale, and he told Broken Sidewalk the building could be fixed up. Priced to sell at a mere $9,800, the 3,450-square-foot structure already has an interested buyer who plans could restore the structure. The building is currently owned by Brick Glass House, LLC, operated by Steven Blevens.

Any restoration will require some major effort, and the listing carries this ominous, three-exclamation-point note: “Warning!!! This is a very dangerous building to show due to the tremendous amount of deterioration inside because of a large hole that has been in the roof for many years.” A liability waiver must be signed to enter the structure. As these photos indicate, the building has been gutted to its studs.

What’s special about the building is obviously the glass embedded into its facade. Pfannenschmidt was unsure of the building’s exact history, but said he heard an artist had built the building. A planter in front is also artistically embedded with rocks. With it’s strategic location only a block away from the planned West Louisville Food Port, hopefully this building will soon see better days.

If you know any more about the building’s history, please share in the comments below.