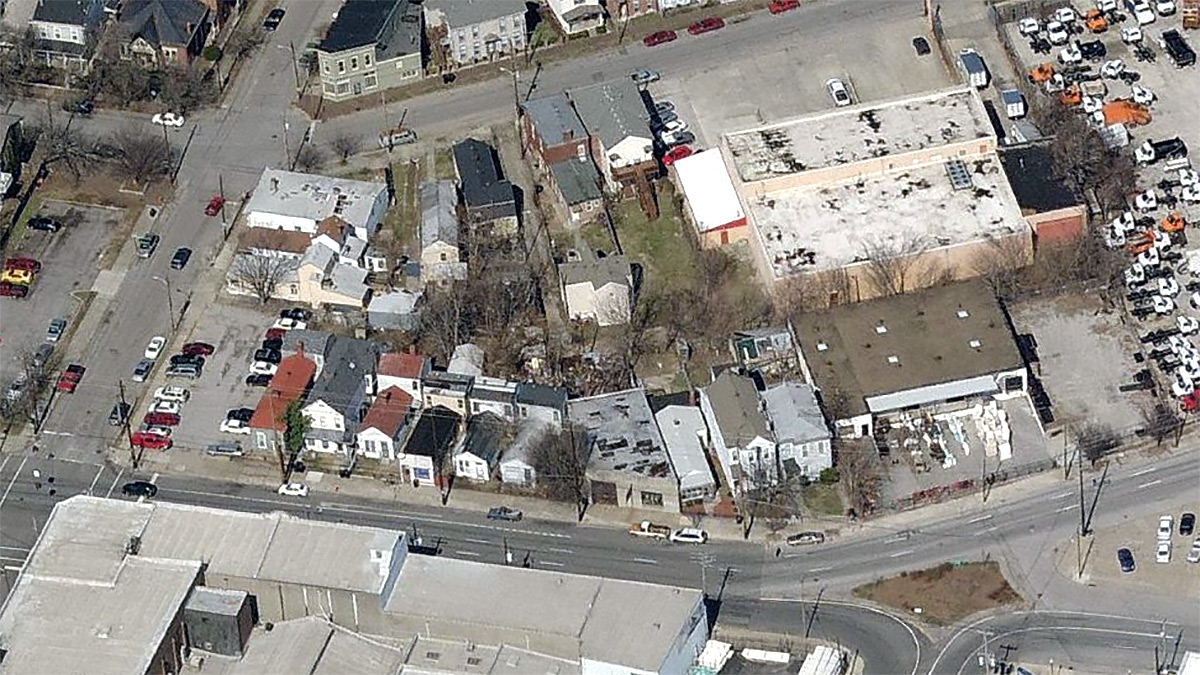 The Louisville Metropolitan Business Development Corporation (METCO) awarded ten loans worth $1.2 million Thursday to help stimulate $5.6 million in private development in Downtown Louisville, Butchertown, and the Ohio River waterfront (details on all the projects below).

One of the four projects awarded funds caught our eye: Andy Blieden, developer behind the Butchertown Market, received $528,200 to help “renovate and improve” five parcels in Butchertown where Story Avenue turns into East Main Street. Working under the name Butcherblock, LLC—named for the block of properties in Butchertown—Blieden will renovate 1009–1019 East Main Street and several houses on Wenzel Street and Washington Street. Blieden’s total investment is estimated at $1.2 million.

Something about the project felt very familiar, and it turns out Blieden is taking the reins of a project we reported on in March. Then, Bruce McCann of Coral Properties was renovating a duplex shotgun house (below) at the corner of Wenzel and Washington with plans for seven more parcels, some dating back to the 1850s. “These are the original buildings in Butchertown,” Blieden said. He told Broken Sidewalk that McCann approached him about taking on the project. “Bruce wants to see them restored. It was overwhelming—they’re in really rough shape,” Blieden said. “He had the vision. He came to me because he wanted to see his vision completed.”

Demolition and prep work were finished at the Wenzel duplex, but the renovations never formally began. Blieden said he plans to tackle a house at 1006 East Washington Street first, and work his way through the eight-parcel assemblage. “We’re taking it back to how it was originally built,” Blieden said. He envisions the properties forming a complex that anchors the intersection where Story Avenue, Main Street, and Baxter Avenue combine. “These properties are the gateway between Butchertown and Nulu,” he said.

The centerpiece of the project will likely be a cinderblock building at 1019 East Main that Blieden hopes to convert to a restaurant. “That’s why I bought the other properties,” he said. “I’ve always loved that building. It’s awesome.” The backyards of several of the buildings could become outdoor seating for the Main Street tenants. “People in Louisville love to eat outside,” Blieden said. “All the backyards touch, [so] there’s an opportunity for a huge courtyard that’s really interesting.”

Blieden is working with St. Matthews–based architect Ted Payne, who previously designed the nearby Copper & Kings distillery and the Play nightclub. Blieden expects to get to work immediately. “This is not an easy project,” Blieden said. “It’s going to take a while to fix this stuff up.” He plans on incorporating solar and other sustainable components in renovating the buildings.

Blieden thinks the current development environment is a “perfect storm” for a rapidly growing area. He pointed to the Main & Clay apartments under construction a few blocks west and the Butchertown Grocery restaurant around the corner that will open soon. “Copper & Kings was the tipping point,” he said, noting that it’s bringing people in for tours who want to stick around afterwards. “More people is more people. This is only two blocks away.”

Blieden said this is going to be one of his most challenging projects. “It’s not the greatest financial decision I’ve ever made,” he admitted. “I feel committed to, not do something altruistic, but to step up to the plate. If you’re given an opportunity, it’s not by accident.”

Other loans awarded include: