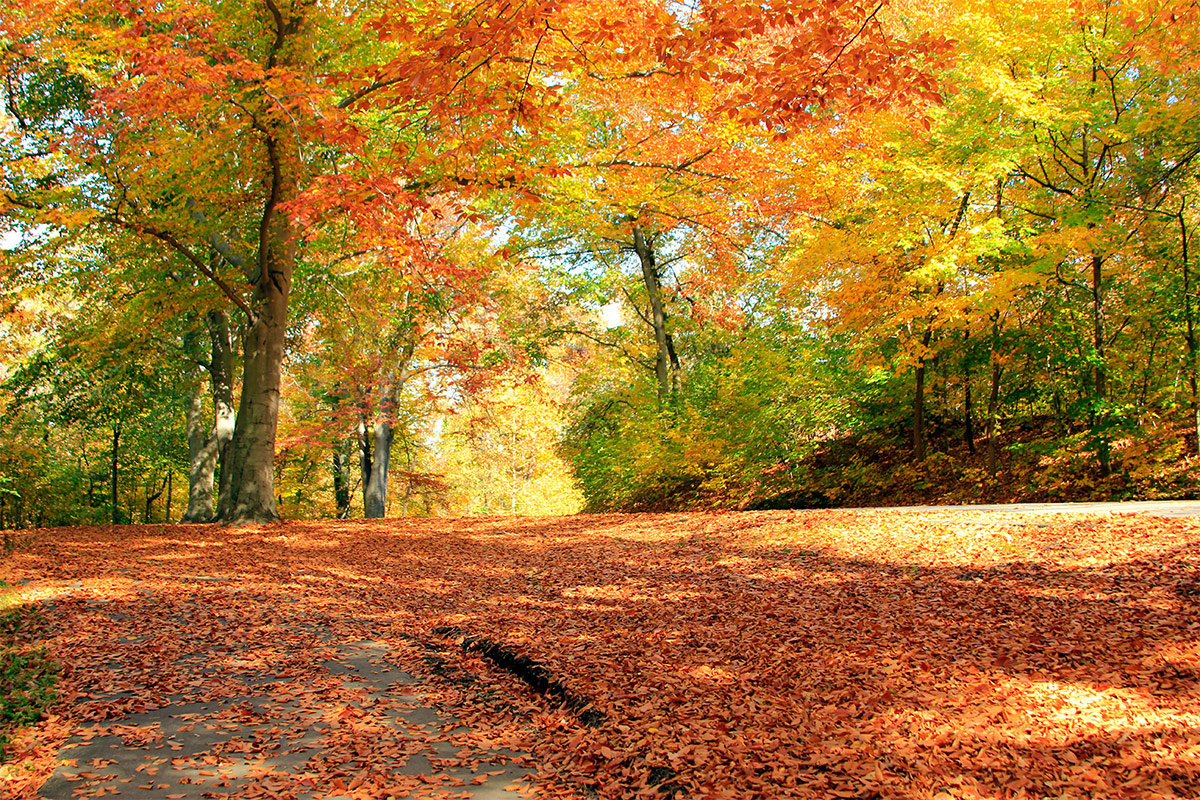 Every fall leaves change colors, people travel far and wide to see those bright and interesting colors, then the leaves fall off and become yardwork for homeowners. But why do leaves change colors in the first place? And why are many of the colors so bright? George Stanley, editor of the Milwaukee Journal-Sentinel, takes a closer look at how leaves become colorful and transform into one of rural America’s most beautiful natural delights.

It all begins with chlorophyll in leaf cells, which spurs a chemical reaction that sucks in carbon dioxide from the air. “Meanwhile, the pools of chlorophyll absorb the light’s energy, which splits H2 from O in water molecules,” Stanley writes. “Liberated hydrogen molecules then hook up with carbon dioxide to make sugar. Sugar is whisked through the veins from leaves to other cell factories in the plant. Some of the tree cells fuel growth by burning sugar.”

“Green is not the only pigment present in the leaves,” he writes. “Pools of yellow and orange act as a sun screen of sorts for the chlorophyll… Our eyes can’t see the yellows and oranges through the overwhelming greens of the growing season. The background pigments finally get their time in the sun when day lengths shorten, letting the tree know its leaves have finished their work.”

“Broad leaves, in winter, would do more harm than good to a tree,” he writes. “Snow caught by the leaves would be a heavy burden for branches to bear. Even worse, cold weather shuts down sap flow, making it impossible to move water to the leaves, or sugar from them… But cool nights will freeze up sap lines, shutting down the sugar flow out of the leaves. In maple leaves, among others, this oversupply of sugar can yield pinks, reds and purples, the colors affected by the pH of the sap.”

“At the same time, decreasing sunlight triggers a ring of corky cells to develop at the base of each leaf, shutting off its water supply,” he writes. “Chlorophyll quickly breaks down and the green fades, while yellow, orange, red and purple remain.”

Read more at the Milwaukee Journal-Sentinel.

[Editor’s Note: This article was cross-posted from the Rural Blog. Top image of Fall leaves in Cherokee Park by LuAnn Snawder Photography / Flickr.]