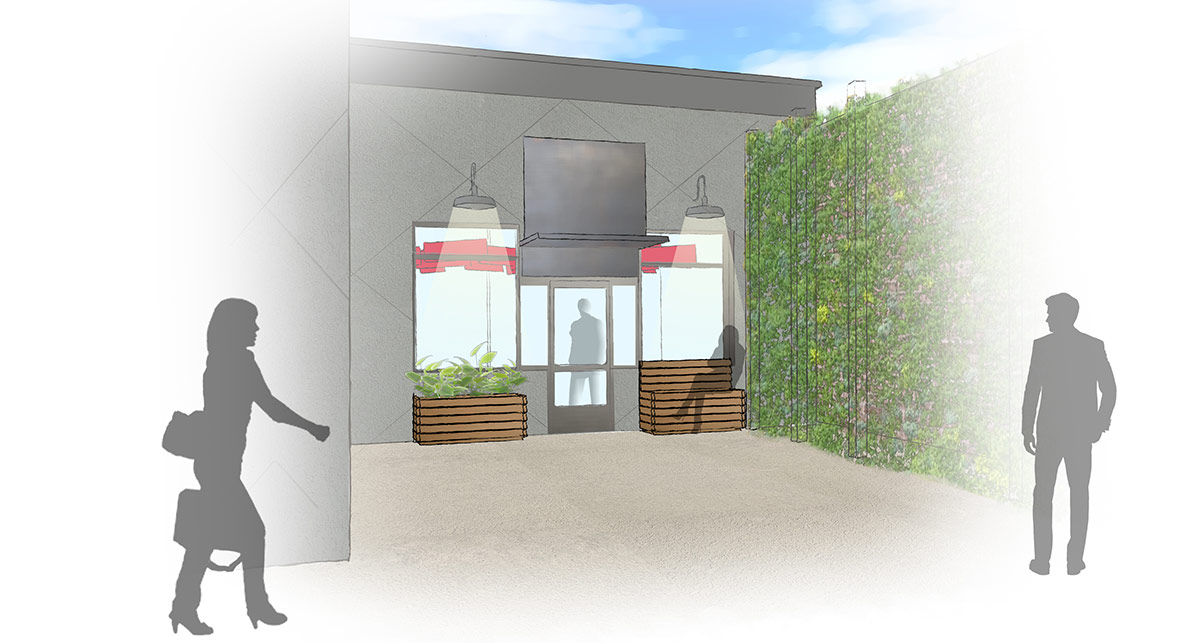 A vacant one-story structure on the corner of East Market Street and Floyd Street is getting new life as part of the University of Louisville’s Nucleus campus, which is growing up all around it. The nondescript structure’s past life included a string of restaurants and bars, most recently La Rouge. The original building is clad in EIFS, a synthetic form of stucco, in a generic grey and tan patterning. A gate closed off a large outdoor area on one side of the front entrance.

This morning, the University of Louisville Foundation, which oversees Nucleus, announced that the building at 252 East Market Street will become home to a high-tech classrooms—officially called the Trinity Video Communications Center after a local company who donated equipment for the space—to teach coding as part of the Code Louisville program, a 12-week training workshop run by the city. KentuckianaWorks has leased space inside the building to run the program. The Learning House, another tech education company, will also occupy part of the new building to offer “intensive coding bootcamps” beginning this September.

These technology training programs are intended to help Louisville stay competitive in a high-tech world. Mayor Greg Fischer said in a statement that there’s a large gap between the available computer programming jobs and workers able to fill those jobs. “Code Louisville is helping to quickly fill that need,” Fischer said. “By taking coding classes in this updated space, local workers are gaining access to good-paying tech jobs.”

The foundation purchased the building in 2014 and architects at Studio Kremer Architecture have been designing the new interior spaces. An updated exterior design will follow once the interior is complete. The project is officially being developed by the University of Louisville Development Company and NTS.