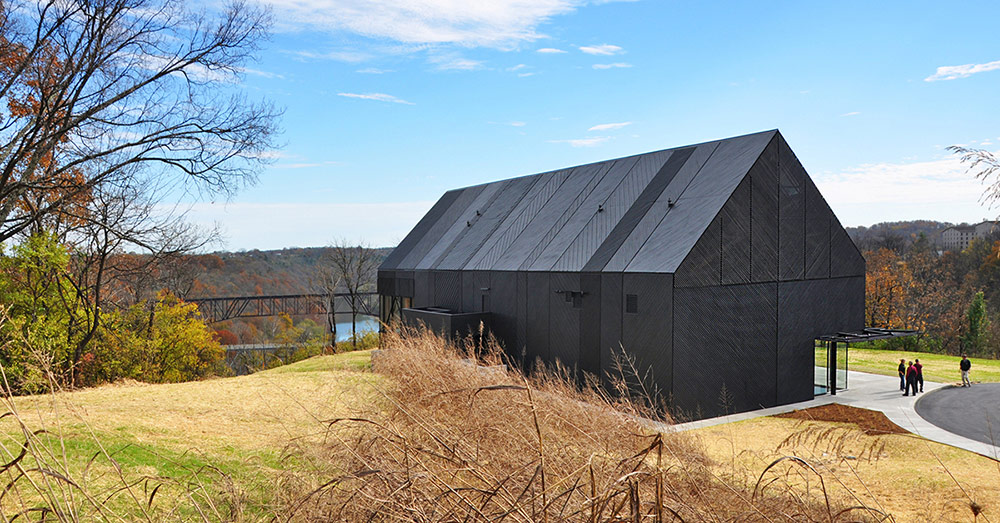 Louisville’s De Leon & Primmer Architecture Workshop, located on Shelby Street between Main and Market streets in Nulu, got some good news this morning: they were the only Kentucky architecture firm—and one of only 11 nationally—to receive a 2015 American Institute of Architects (AIA) Honor Award in Architecture.

Their project for the Wild Turkey Visitor Center in Lawrenceburg, Kentucky took the prize, and deservedly so. The barn-shaped building covered in diagonal wood slats has been far-and-away the best example of architecture built at a bourbon distillery, embracing the heritage of the bourbon-making process while looking to the future of the industry. (Other spirits companies have gotten into the design game as well, just look at this addition to the Bombay Sapphire Distillery in London.) Too often, we see poorly executed faux-historic buildings populating distilleries across the state, so this Visitor Center is a breath of fresh air.

According to the AIA, the award represents “the profession’s highest recognition of works that exemplify excellence in architecture.” Here’s a blurb from the AIA:

Located on a bluff overlooking the Kentucky River, the visitor center is the newest component of recent additions and expansions to the Wild Turkey Distillery Complex, one of seven original member distilleries of the Kentucky Bourbon Trail. The 9,140-square-foot facility houses interactive exhibits, a gift shop, event venues, a tasting room, and ancillary support spaces. Utilizing a simple barn silhouette (an interpretation of Kentucky tobacco barns common to the area), the building, clad in a custom chevron pattern of stained wood siding, presents a clear and recognizable marker in the landscape.

The project has already raked in a number of other awards including the 2014 American Architecture Award, the 2014 Hospitality Design HD Award, and the 2014 AIA Kentucky Honor Award. Have you been to visit yet?