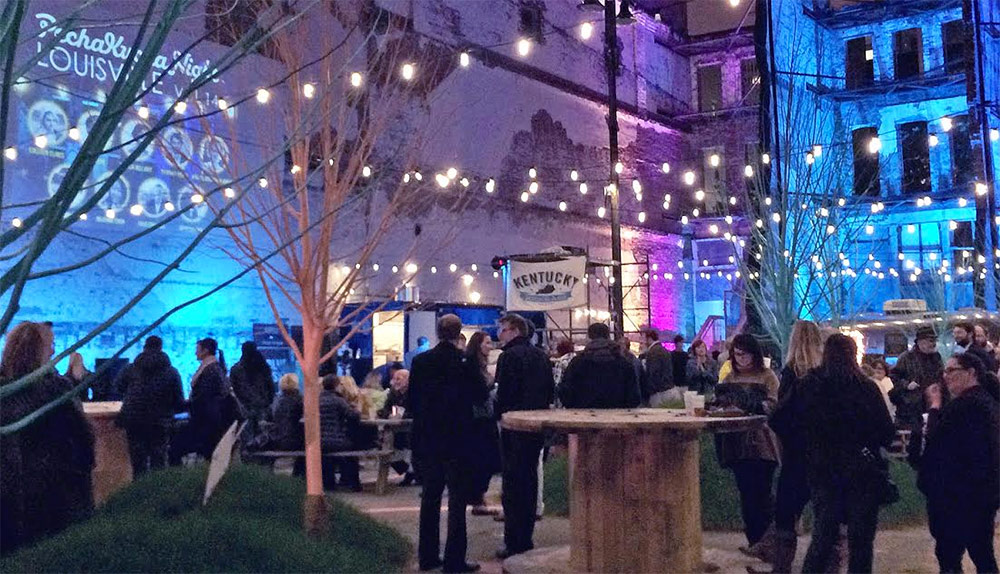 PechaKucha is part TED-talk, part semi-competitive sport, where value is placed on delivering an engaging speech within the bounds of 20 slides, 20 seconds per slide. PechaKucha Nights happen in over 700 cities around the world, and organizers in Louisville have a history of producing high quality PechaKucha events since 2010. In fact, videos from Louisville events are frequently featured on the international PechaKucha website (check out a roundup below of featured Louisville presentations). This Thursday’s event at ReSurfaced in Downtown Louisville assembles a group of speakers presenting short talks on Louisville’s festival scene, looking at some of the local events that are special to Louisville and that illustrate the unique culture of our city. Chad Kaydo, Brooklyn-based writer and professional event consultant recently wrote in Governing Magazine, “Municipal officials and entrepreneurs see the power of cultural events as a way to spur short-term tourism while shaping an image of the host city as a cool, dynamic location where companies and citizens in modern, creative industries can thrive.”

Festivals in Louisville are also quite effective at raising awareness around important issues while creating engaging spaces for people to lift up local culture. “Festivals are the truest showcases of our hometown culture, Louisville festival culture is great because you have purpose behind every event,” PechaKucha Louisville organizer Jecorey Arthur said.

This Thursday’s PechaKucha—beginning at 8:30p.m.—will feature a range of local festival founders and producers including:

And if confusion over the pronunciation of “Pecha Kucha” has stopped you from coming to past events, then this fun video from Linguistics Researcher Russ Mayne might lighten your fears (Note: beware the Muppet’s video!).