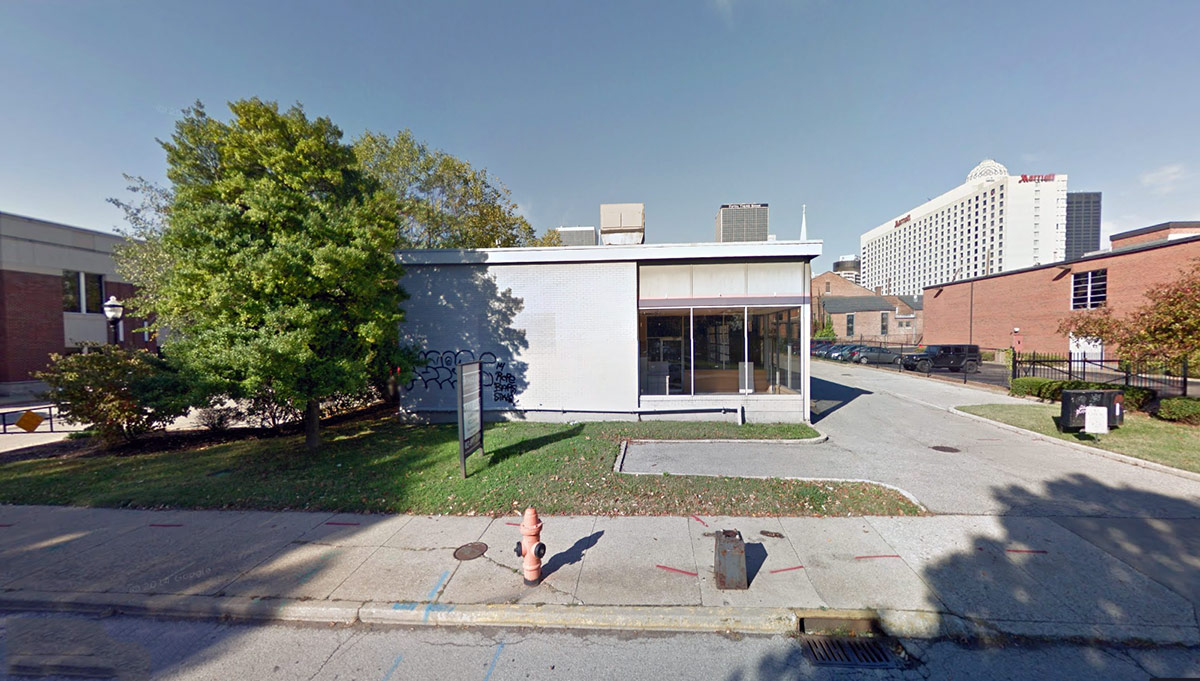 [Correction: The Midas building has not yet been torn down. The new owner’s proposal to demolish the structure for a parking lot is pending before a meeting of the Downtown Development Review Overlay.]

Earlier this month, a nondescript auto mechanic’s shop in Downtown Louisville was proposed for demolition. Located at 430 South First Street, the former single-story Midas was built in 1975 and its property includes a surface-level parking lot.

According to the Courier-Journal‘s Sheldon Shafer, the building site will make way for 46 parking spaces to serve First Urology, 444 South First Street. The report did not mention what would happen the the row of trees separating the properties.

While the 40-year-old structure has no architectural or historic merits, it’s another piece of Downtown that could be covered in parking lots for the foreseeable future.

This part of Downtown has become a no-man’s land, cut off from the Medical District to the east by the imposing elevated Interstate 65. Few historic buildings remain, and the predominant development pattern has been building-parking-lot-building-parking-lot marching down the street. There’s little hope of an active streetscape here, but adding more parking lots certainly is not going to help.

Across First Street is one of the sites considered for moving the old Water Company Headquarters building, which is now awaiting the wrecking ball.