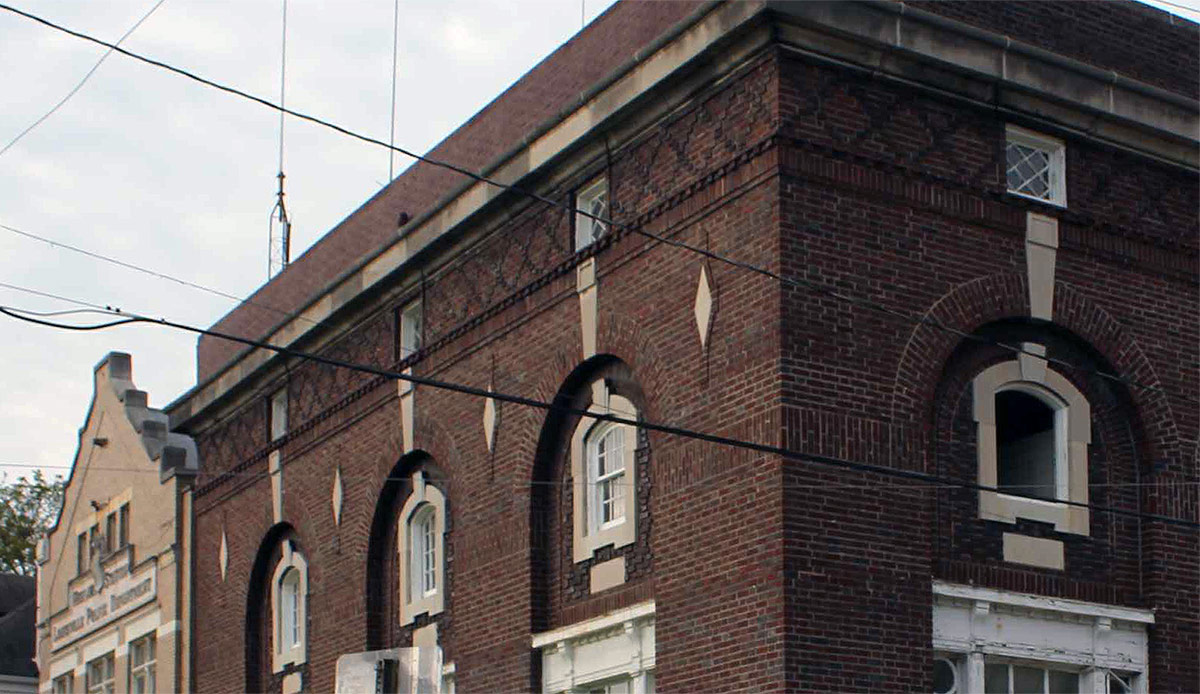 The intersection of Bardstown Road and Rosewood Avenue (where Longest Avenue ends) in the Highlands is a a tale of two worlds—one inner ring suburban and one decidedly exurban. As the preeminent example of Louisville’s walkable suburbs, the Highlands is still pocked with car-oriented buildings behind moats of parking.

For years, I spent afternoons reading about urbanism and sketching the city on the patio of Heine Bros. Coffee at this location surrounded by the beautiful Cherokee Park and Tyler Park neighborhoods. That northeast corner is anchored by a beautiful corner commercial building housing Carmichael’s and the coffee shop with a wedge of a plaza tucked along the side street. Two other corners on that intersection are parking lots for a drive-through bank and the outlots of Mid City Mall.

But the final corner is something special.

The fourth corner has bones. But until now, they haven’t really been contributing to Louisville’s finest street. The southwest corner houses two beautiful historic structures owned by Metro Louisville that have been either vacant and slowly decaying or underutilized for years.

That corner might now have the brightest future along Bardstown Road. The city has announced that it’s putting the red brick jewel box and its neighboring former police station on the market.

Dating to 1917, the two-story 1300 Bardstown has been in city hands for two decades. The 10,000-square-foot structure was built as a telephone switching facility, a use which has long been obsolete. It has also served as offices for the Louisville Ballet, and floor plans for the structure still show a large room on the second floor as a dance space.

The neighboring, two-story 1306 Bardstown is much smaller, appearing a lot like a house. It previously housed MetroSafe communications equipment—including an enormous communications antenna behind the building that has been known to emit deafening recordings of bird distress calls. The structure features a sturdy front porch with stone columns that brings to mind the Arts and Crafts style that was popular when the structure was new. A nameplate at its stepped roofline declaring the structure a police station.

Both buildings are set back from Bardstown by a grassy front lawn (and the police station has a driveway we hope will go away), which could provide some interesting outdoor dining options should these structures ever house a restaurant.

We expect these two properties to be hot commodities. Their location is ideal and their architecture is among the finest on Bardstown Road. The listings haven’t officially gone live but they should appear soon on the city’s property portal, Opportunity Space (the previous page for the property has been taken down).

While sipping coffee across the street, I’ve spent hours imagining what these structures might one day become—and there’s plenty of options. I’m sure many of you have also wondered at these buildings while strolling down the street. What would you like to see fill these spaces? Share your thoughts and ideas in the comments below.