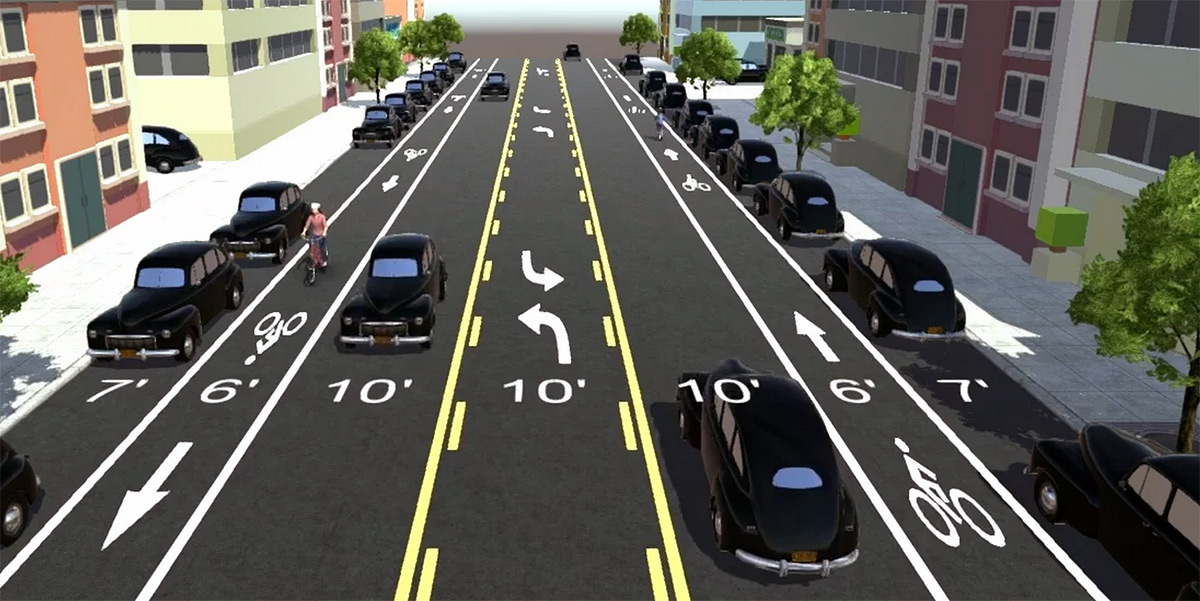 In an effort to combat wasted space on our roadways, several streets in Louisville have been put on diets. In Louisville’s experience, these road diets typically shrink a four-lane street into three lanes with a central turning lane. The extra space can then be used for bike lanes or widened sidewalks.

Research has shown that redesigning our streets in this manner does not impact travel times, but does help promote safe streets and accommodate more road users. According to Gretchen Johnson and Aaron Johnson at FiveThirtyEight:

As Louisville grapples with how to increase safety on its very deadly streets, we should look at how such road diets can improve our built infrastructure—especially arterials in the suburbs where a large portion of injuries and deaths occur.