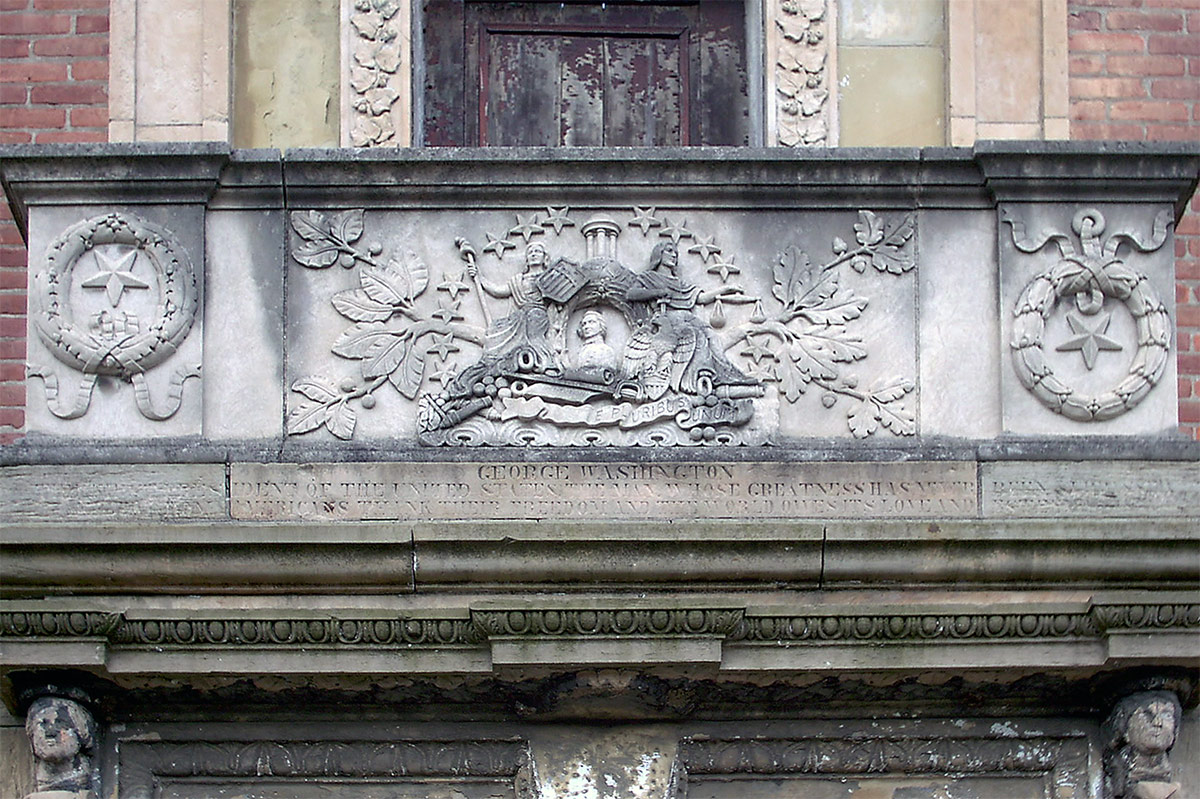 Louisville’s most famous facade-without-a-building might be the Heigold House facade, currently adorning the northern terminus of Frankfort Avenue at River Road as a monument in the roadway. But what’s the story behind the facade?

Christian H. Heigold was born in 1819 in Germany. He immigrated to Louisville around 1850. Heigold was a skilled stonecutter, and his noted projects include the front steps to the Jefferson County Courthouse, now known as Metro City Hall.

Heigold built a house at 264 Marion Street in the Point neighborhood, which was located just east of Butchertown between Mellwood Avenue and River Road, and Edith Lane and Adam Street.

The mid-to-late 1850s was a stressful period for Louisville, with a several national controversies impacting the city such as anti-immigrant strife and events leading up to the Civil War. On August 8th, 1855, there was a riot against the Irish and Germans, known as “Bloody Monday.” About 22 people were killed.

Heigold died in 1865 shortly after his distinctive facade was completed. He is believed to be buried in St. Stephen’s Cemetery, on Preston Street near Rawlings Street.

His son Charles lived in the house until his death in 1925. In 1953, the city purchased the property and all the homes in the Point were demolished. This was due to the constant flooding of the low-lying neighborhood.

The front portion of the house was relocated to Thruston Park, on River Road near Beargrass Creek.

Then it was relocated in 2007 to its current position on Frankfort Avenue near River Road where it stands as the gateway to the Clifton and Butchertown neighborhoods.

Soon, the Frankfort Avenue location will be transformed into the entrance to Botanica’s Waterfront Botanical Gardens, giving the facade a lush landscape.

For more on facade reuse and building fragments in Louisville, read up on Metro Louisville’s recent facade reuse meeting, learn about the old Galt House’s missing columns, the strange journey or St. Xavier’s gate posts, and a list of other pieces ready for reuse.