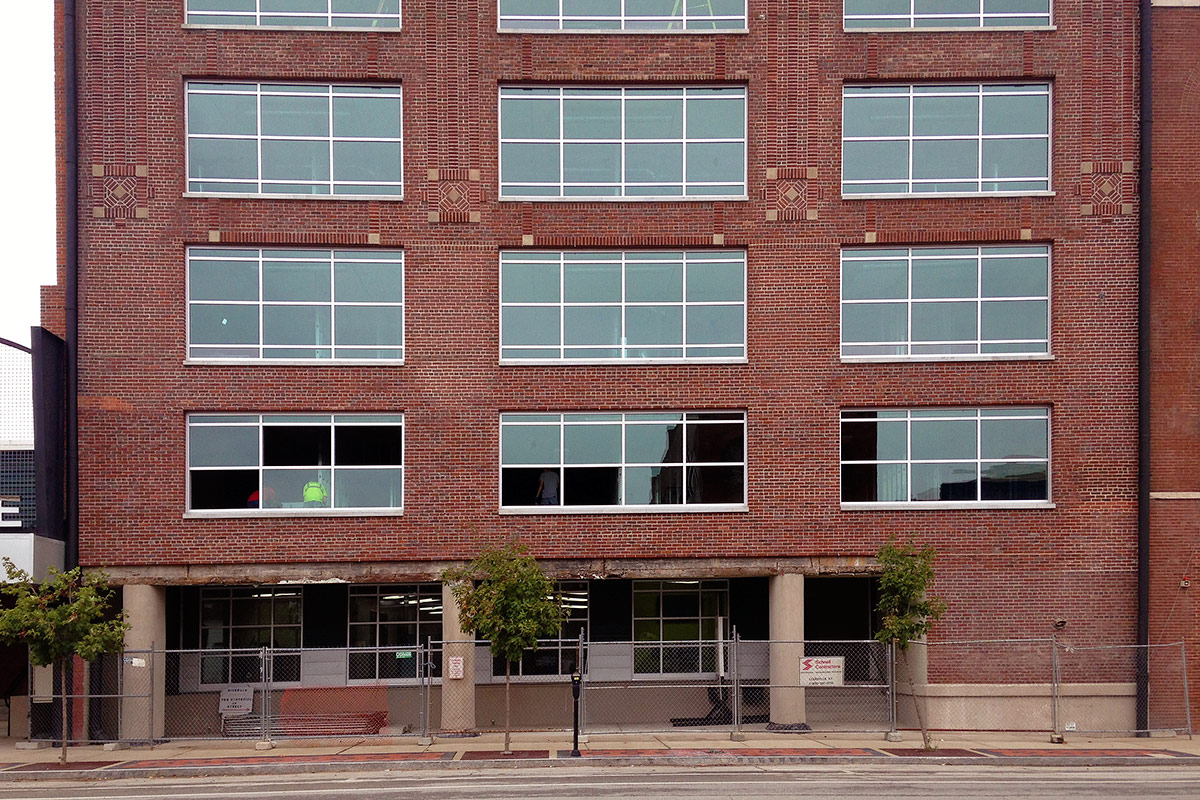 We’ve been following the conversion of a former cold-storage warehouse at 217 East Main Street into the Ice House Lofts for seven years now, and it looks like the project is finally nearing the finish line.

The Ice House Lofts have taken a number of steps over the years, opening an event space under the same name, briefly housing a co-working space, and changing development teams.

The $2 million project is being developed by Mike Schnell of Schnell Contractors and Dave Steinbrecher of Derek Engineering. Ice House Lofts will include 29 apartments (19 one-bedroom units and 10 two-bedrooms) on the top six floors of the seven story tower. Prices range from $950 for a 650 unit to $2,500 for the 2,500-square-foot penthouse. The structure’s ground floor will house retail space.

The project was designed by Louisville-based Bayus Design Works.

At the beginning of October, crews were installing the last panes of glass on the building’s East Main Street facade and it appears that exterior work has wrapped up. Windows were cut into the previously windowless tower on the Main Street and Washington Street facades of the structure. The north side of the building also features balconies.

We toured the building in 2008 before construction began, and it’s clear that this is one of Downtown’s sturdiest structures. Built as an enormous refrigerator, the building features thick concrete floors separated by layers of cork, rendering the units virtually soundproof. Stay tuned for more updates as more details become available.