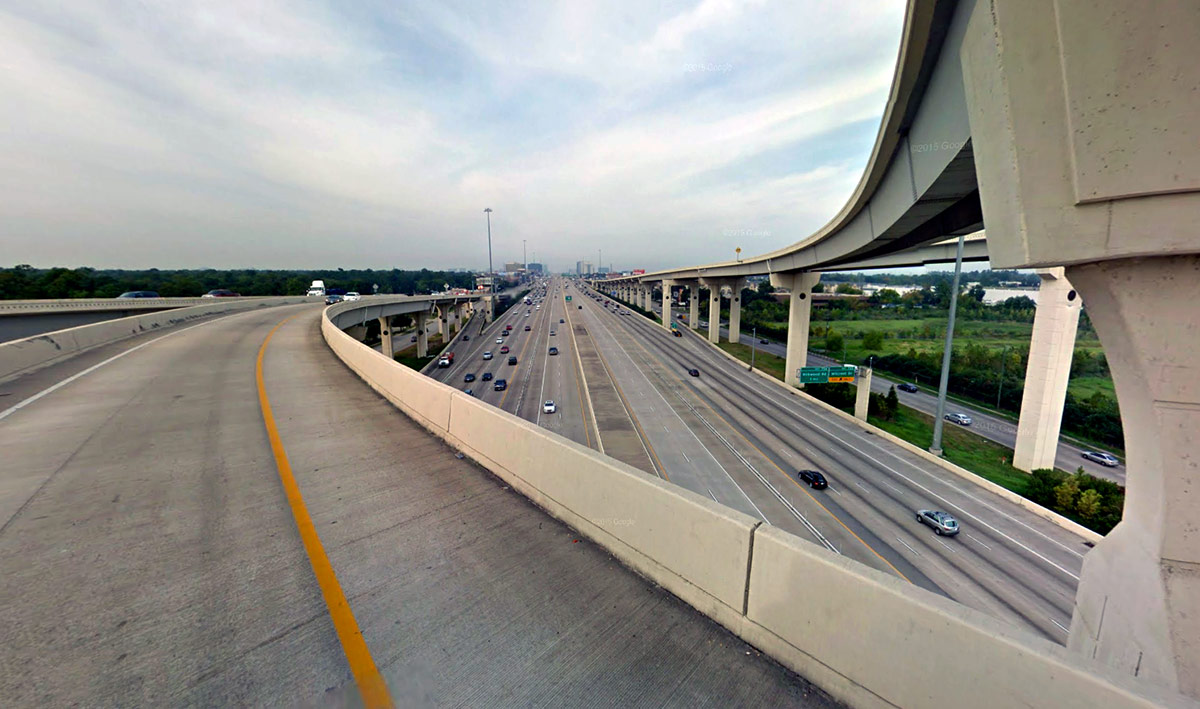 Here’s a highway success story, as told by the folks who build highways.

Several years ago, the Katy Freeway in Houston was a major traffic bottleneck. It was so bad that in 2004 the American Highway Users Alliance (AHUA) called one of its interchanges the second worst bottleneck in the nation wasting 25 million hours a year of commuter time. (The Katy Freeway, Interstate 10, connects downtown Houston to the city’s growing suburbs almost 30 miles to the west). Obviously, when a highway is too congested, you need to add capacity: make it wider! Add more lanes! So the state of Texas pumped more than $2.8 billion into widening the Katy; by the end, it had 23 lanes, good enough for widest freeway in the world.

It was a triumph of traffic engineering. In a report entitled Unclogging America’s Arteries, released last month on the eve of congressional action to pump more money into the nearly bankrupt Highway Trust Fund, the AHUA highlighted the Katy widening as one of three major “success stories,” noting that the widening “addressed” the problem and, “as a result, [it was] not included in the rankings” of the nation’s worst traffic chokepoints.

There’s just one problem: congestion on the Katy has actually gotten worse since its expansion.

Sure, right after the project opened, travel times at rush hour declined, and the AHUA cites a three-year old article in the Houston Chronicle as evidence that the $2.8 billion investment paid off. But it hasn’t been 2012 for a while, so we were curious about what had happened since then. Why didn’t the AHUA find more recent data?

Well, because it turns out that more recent data turns their “success story” on its head.

Growing congestion and ever longer travel times are not something that the American Highway Users Alliance could have missed if they had traveled to Houston, read the local media, or even just “Googled” a typical commute trip. According to stories reported in the Houston media, travel times on the Katy have increased by 10 to 20 minutes minutes in just two years. In a February 2014 story headlined “Houston Commute Times Quickly Increasing,” Click2Houston reported that travel times on the 29-mile commute from suburban Pin Oak to downtown Houston on the Katy Freeway had increased by 13 minutes in the morning rush hour and 19 minutes in the evening rush over just two years. Google Maps says the trip, which takes about half an hour in free-flowing traffic, can take up to an hour and 50 minutes at the peak hour. And at Houston Tomorrow, a local quality-of-life institute, researchers found that between 2011 and 2014, driving times from Houston to Pin Oak on the Katy increased by 23 minutes.

Even Tim Lomax, one of the authors of the congestion-alarmist Urban Mobility Report, has admitted the Katy expansion didn’t work:

“I’m surprised at how rapid the increase has been,” said Tim Lomax, a traffic congestion expert at the Texas A&M Transportation Institute. “Naturally, when you see increases like that, you’re going to have people make different decisions.”

Maybe commuters will be forced to make different decisions. But for the boosters at the AHUA, their prescription is still exactly the same: build more roads.

The traffic surge on the Katy Freeway may come as a surprise to highway boosters like Lomax and the American Highway Users Alliance, but will not be the least bit surprising to anyone familiar with the history of highway capacity expansion projects. It’s yet another classic example of the problem of induced demand: adding more freeway capacity in urban areas just generates additional driving, longer trips, and more sprawl; and new lanes are jammed to capacity almost as soon as they’re open. Induced demand is now so well-established in the literature that economists Gilles Duranton and Matthew Turner call it “The Fundamental Law of Road Congestion.”

Claiming that the Katy Freeway widening has resolved one of the nation’s major traffic bottlenecks is more than just serious chutzpah, it shows that the nation’s highway lobby either doesn’t know, or simply doesn’t care what “success” looks like when it comes to cities and transportation.