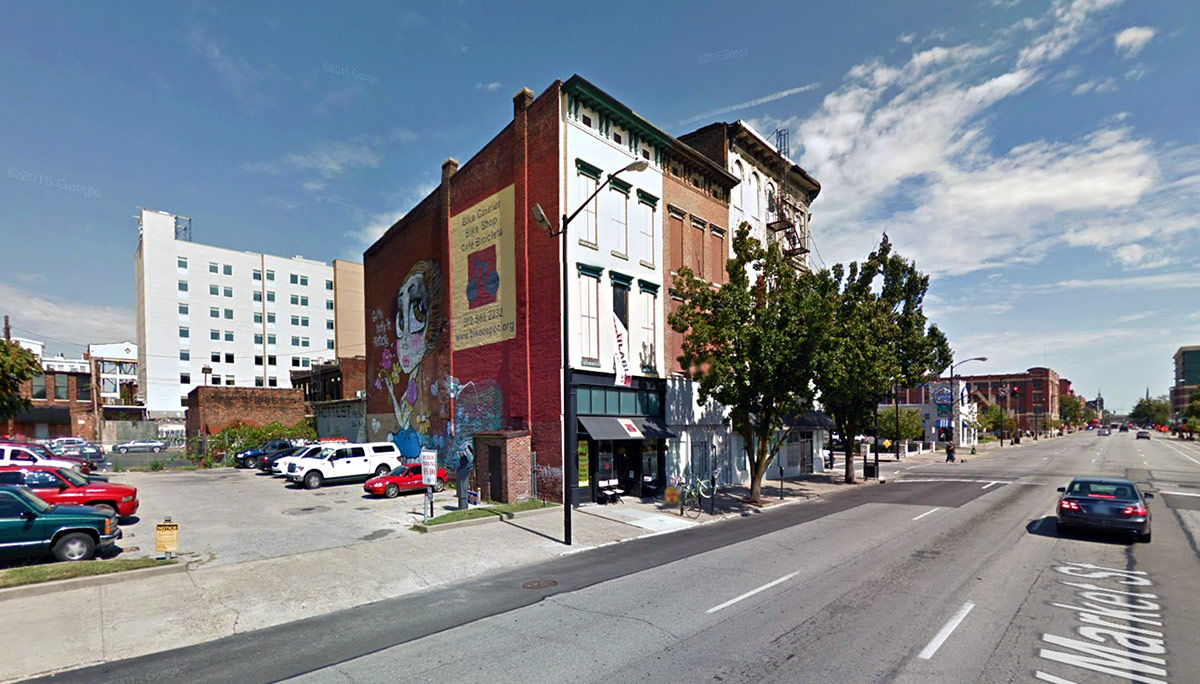 Jackie Green has operated the Bike Courier Bike Shop at his three-story commercial building on Market Street between First and Second streets since 2002. The shop takes up the first floor, but the upper two floors have remained boarded up—it’s been decades upon decades since there was any activity upstairs.

The building is part of a group of four historic buildings fronting Market Street that somehow survive underutilized and largely boarded up. Green would like to change that. He is currently looking for a development partner to help activate the upper floors of his building, and hopes to bring attention to his neighbor’s buildings in the process.

Right now, Green is talking with various parties including architects, builders, financiers, and potential users about the project. “It’s very preliminary,” he said. “The trick is making the deal work out for all.”

Inside, the building is something of a time capsule. It appears as though it hasn’t been touched for a century. Original woodwork and interior windows remain, covered in a film of dirt and dust. Light pours down through a stairwell from a third-story skylight. The building features extant pocket doors, cast-iron fireplace mantels, and wooden floors.

Green isn’t sure what the future of the building will be just yet, but he does know that it will be bike friendly. “One element of the project is its bicycle focus,” Green said. He’d like to see indoor parking and a common utility bike among other amenities. “That’s not really surprising,” he said. Besides operating the bike shop, Green has been car free since 1999.

The three corner buildings to the east of Green’s are owned by Melvin S. Davis, proprietor of a nearby pawn shop. The corner building still supports a rusting sign bearing the name Davis. One building is identical to Green’s and the other two are four-stories tall and faced in carved limestone. At First Street, an elegant radiused corner is among the city’s last examples of rounded corner design.

Green said he spoke to Davis recently about the idea of redeveloping the corner. “Mel expressed an openness,” he said. Davis’ three structure’s are key to making the scale of the redevelopment attractive to a larger developer—and the buildings are certainly worthy of attention.