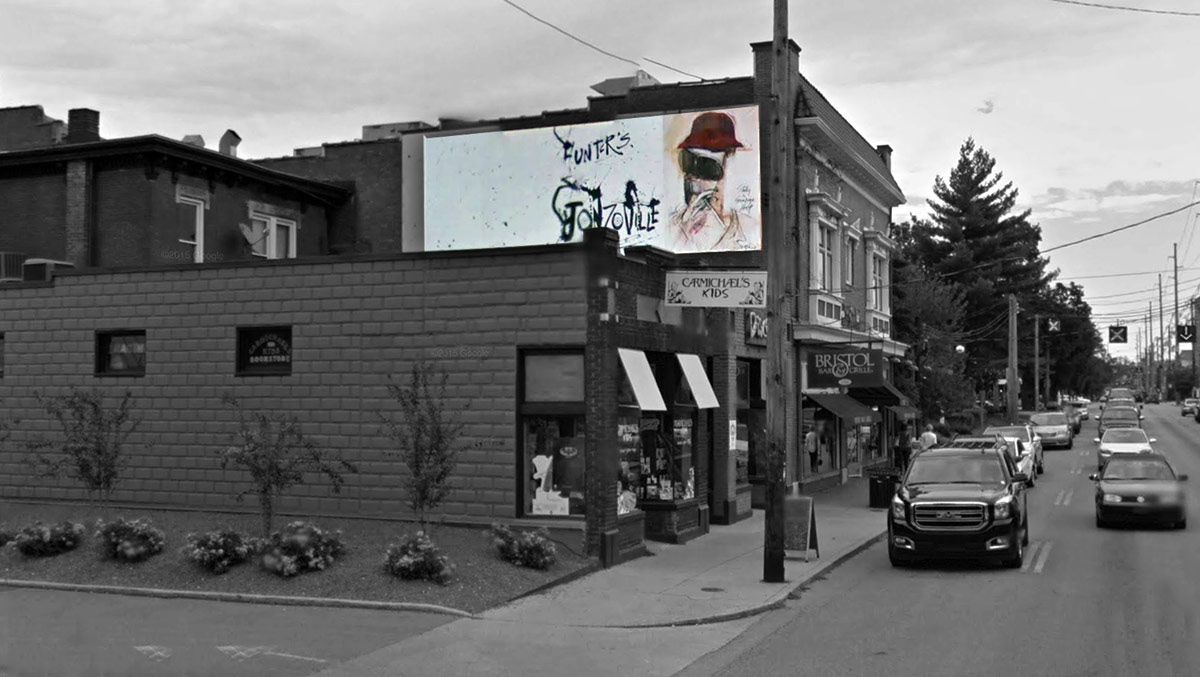 Louisville is the birthplace of Hunter S. Thompson. Born in July 1937, Thompson grew up in the Cherokee Triangle neighborhood on Ransdell Avenue, attended nearby Bloom Elementary, Highland Middle, and Atherton High School. Thompson achieved fame for his writing, which became known as Gonzo Journalism for his tendency to insert himself into the story he was telling. A mural reading “Hunter’s Gonzoville” was placed along Bardstown Road a while ago to honor his hometown roots.

Now, a group of local community organizers, businessmen, GonzoFest Louisville, and Metro Louisville want to commemorate “the Man, the Myth and the Legacy” with a statue, and they’re asking for your help to make it happen. A GoFundMe page hoping to raise $120,000 for the project was launched 12 days ago and has already generated over $700 in local support. A kick-off party was held last Friday to jumpstart the campaign.

“The statue was commissioned as the result of a series of suggestions written by Kentucky poet Ron Whitehead to Louisville mayor Greg Fischer of ways that Louisville could honor Hunter S. Thompson,” the campaign’s page reads. Sculptor Matt Weir plans to cast the life-size statue in bronze.

A maquette of the statue shows a Thompson draped with an American flag, a typewriter under his arms, and a tape recorder slung over his shoulder. “The design also contextualizes Hunter S. Thompson in a heroic statuary composition, wherein the bronze is mounted on top of two, stair or bench like, tiers of granite on which visitors are encouraged to visit and relax,” the project website reads. Quotes from Thompson will be engraved onto the stone podium.

“The statue of author and Gonzo journalist Hunter S. Thompson distills the life and popular identity of the man to the writer’s young visionary self,” Weir said in a statement. “In particular, I have determined Hunter’s iconic campaign defeat for Sheriff of Pitkin County, Colorado as the visual fulcrum on which to depict and balance Hunter’s complex and contentious identity.”